How we cope with the pain... 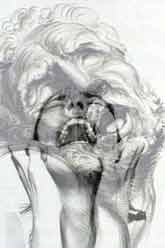 Feeling mistreated can hurt, especially when it comes to the heart (1). An 11-year study of 8000 senior civil servants in London found that those who strongly agreed with the statement "I often have the feeling that I am being treated unfairly" had an increased risk of heart attack (hat tip pharmagossip ).

Out of the 567 people who agreed very strongly with this statement, 51 suffered a heart attack or severe chest pains, known as angina. By comparison, 64 out of the 966 people
who felt mild mistreatment had these heart problems. The results appear in the Journal of Epidemiology and Community Health (2,3).

There is growing evidence that despair can have all sorts of ill effects on the body (4, 5). Wrongly suspended and bullied doctors frequently suffer permanent ill health, and many have committed suicide or have experienced myocardial events (6, 7).

Doctors who have been suspended (often for whistleblowing) have a mortality rate of over 2%. This is higher than the mortality rate for open cardiac surgery and is entirely induced by employers. The mortality falls principally into two categories. (a) clinical depression ending in suicide and (b) myocardial infarction. Myocardial infarction is four times more common among suspended doctors than other doctors of the same age and sex. It has been recommended that affected individuals should take low dose asprin to reduce the risk of cardiac events (7).

This posting is dedicated to my pathology colleague, Dr Chris Chapman who died on 4/11/98 at the age of 56. Chris Chapman was a Principal Biochemist at Leeds General Infirmary working in conjunction with Leeds University, was made redundant after alleging corruption and fraud in the research being carried out. He was sacked the day before his 50th birthday to avoid paying him pension. He was re- instated following his legal victory. In a saga characterised by whitewash and obfuscation, inquiries were held to clarify the facts before a number of senior academics were given early retirement and replaced. However, this was too late for Chris.

I often have the feeling that I am being hit on my head with a bat or slapped on face. That's how I feel at work.