Who is Hassan Abdalla really? 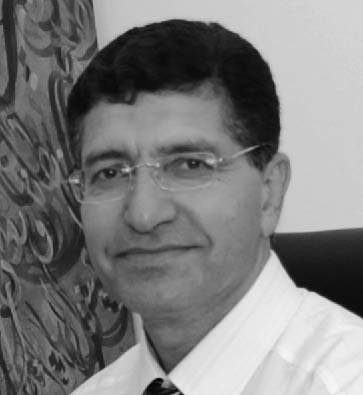 The huge costs that universities can incur fighting employment tribunal claims, even when the institution is vindicated by the result, have been highlighted by a case in Scotland.

The University of St Andrews spent more than £200,000 on legal fees successfully defending itself against a claim brought by a former lecturer - around 10 times the amount that it might have expected to pay in compensation had it lost the case.

The claim was lodged by Declan Quigley, who alleged that in 2002 he had been forced out of his job as a lecturer in social anthropology by a culture of bullying in his department.

He lost his claim for constructive dismissal in 2004, as well as a subsequent appeal.

A Freedom of Information request has now revealed that the university spent £204,000 on the case - far more than the lecturer could have expected to win.

Dr Quigley, who now practises alternative medicine in Barcelona, claimed that the university and its principal at the time, Brian Lang, had failed in their duty to protect him from what he said were intolerable working conditions.

However, the tribunal dismissed his case after hearing evidence that Dr Quigley had been determined to leave. He later brought an appeal on various points of law but these were thrown out by the Employment Appeals Tribunal following a hearing in 2006.

A spokeswoman for St Andrews said the university had "no option" but to defend the allegations made by Dr Quigley.

She said: "We have a commitment to act fairly with respect to all employees and to publicly establish the facts, especially where the reputation of an academic department is being attacked. In this instance, that responsibility came at considerable cost.

"We regret the cost. As a default, the university seeks to ensure that all its resources are focused on teaching and research. But in this case we are vindicated by the result."

Dr Quigley said that, had he won the case, the employment tribunal would have been unlikely to award him more than £20,000.

"I would have settled for much less than the £200,000-plus that the university ended up spending on its legal expenses," he said.

Posted by Pierre-Joseph Proudhon at 5:50 PM No comments:

Please help me. I have a principal who is nagging me although all my students are passing their classes. Her comments are that because I was raised Catholic I do not have to teach like I am in a catholic school. Another teacher makes fun of my accent and handwriting. I was born in Europe. The other teacher is American born, falsifies attendance records and yet nothing is done. What can be done? I need this job but it really annoys me to work with such an unethical group of people.

As a dissertation editor hired by a PhD candidate who is being emotionally abused by her adviser, I've been googling "grad-student abuse" to find out more about this sickness. I'm appalled how little is being exposed about this, and almost nothing that's recent. It appears to me that this adviser is sabotaging the grad student's work in order to keep her under her thumb as long as possible. This adviser is isolating the student in order to emotionally abuse her, keeping her on the phone all hours of the day and night. She's even ordered the student not to have contact with me. I've APA-edited the paper perfectly and the adviser continues to undo my work and revert to previous versions randomly, so no one knows what's in it anymore. All the while insisting that the student have it done YESTERDAY... The student is about to have a breakdown and it seems there's nothing I can do to help her, since she needs that lunatic's signature in order to submit her paper. How do students keep from murdering their advisers who are certifiably insane?

Disrespectful behaviors at U of I?

IOWA CITY — Complaints of disrespectful behavior to the University of Iowa Office of the Ombudsperson have increased steadily over the past four years, a trend university officials called disappointing and disturbing.

Two years ago, the university office started tracking complaints of bullying, which falls under the category of disrespectful behavior. Explicit complaints about workplace bullying were made by 10 percent of visitors in both 2008-09 and 2009-10.

“The consequences can be very severe ... so we’re worried about that as well,” Joyce said.

Such behavior is a departmental culture issue that must be addressed at the level of each department, said Susan Johnson, the faculty ombudsman.

The office served an all-time high of 517 visitors in 2009-10, a 6 percent increase from the previous year. University staff make up the bulk of the visitors, at 48 percent, followed by 30 percent students and 17 percent faculty.

The increase in visitors could be because of better visibility of the office on campus, along with the belief that early intervention in conflicts is of value, officials said.

The largest area of concern and complaint for all visitor groups to the office stems from a supervisory relationship, such as with a boss or dean — or a faculty member, in the case of students.

The office also is seeing an growing number of situations in which information is posted on Facebook or some other social media site that begins or worsens a conflict. Some people have been fired after inappropriate Facebook postings, Johnson said.

From: http://www.omaha.com
Posted by Pierre-Joseph Proudhon at 10:46 AM No comments:

Merrigan versus University of Gloucestershire (UK)

Nothing like good news to remind everybody of anti-bullying week (15-19 November 2010).

Kara Loraine represented a Claimant who alleged that because she was raising concerns about financial mismanagement at the university (protected disclosures), the senior management of the university tried to push her out of her job and when that failed she was sidelined from involvement in various projects.

The Tribunal upheld the complaints, finding that although the university had been supportive when the focus of the investigations/disclosures was on one individual Dean who had since left the university, the senior management’s attitude changed when the Claimant made disclosures that implicated others. In particular the Tribunal held that the Dean of the Business School had influenced others to form a negative view of the Claimant because of her disclosures and this was the reason for the attempt to remove her from her job and the sidelining, which were also found to be detriments.

The Claimant was awarded £6,000 for injury to feelings.

UNISON helped a whistleblower win compensation from the University of Gloucestershire after she was sidelined for exposing suspected financial mismanagement.

The Business Development Manager at the University was asked by the University’s former Deputy Vice Chancellor, Paul Bowler, to look into the finances in June 2009. He had been hired to put together a financial recovery plan for the university, which is on the Higher Education and Funding Council for England’s “at risk” list.

After Mr Bowler left the university in November, the attitude of senior staff, including the Vice Chancellor, Head of Finance, Dean of the Business School and Director of Marketing within the university changed towards Mrs Merrigan.

She told the Tribunal that they had colluded against her to was move her off the work she was doing - the recovery plan and financial investigation were effectively suspended.

Bristol Employment Tribunal found yesterday (30 September) that the Dean of the Business School, who was implicated in Mrs Merrigan’s disclosures, influenced the University to take action against Mrs Merrigan.

As a result, the Business Development Manager had suffered at the hands of the University for disclosing information on financial problems and she was awarded compensation of £6,000 for injury to feelings.