Without values the academy risks anarchy... 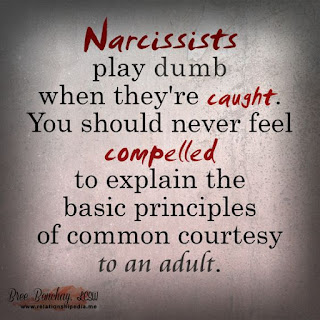 "...This ‘me first’ approach is also not helped by academia’s demanding working conditions. In labs an entrenched hierarchy prevails which determines whose agenda dominates the work flow and whose name takes precedence on publications, whilst for more independent researchers, long hours spent in isolation in libraries or archives can take its toll on basic social capabilities and interactions.

While the realities of the academic environment do not excuse individuals from displaying discriminatory or anti-social behaviour towards others, they go some way to explaining why some academics do not see anything untoward about their own uncouth conduct, or why they are attuned to thinking about themselves and their own gain first. When it comes down to it, the system in which they work has come to facilitate narcissistic and egotistical behaviour, if not even demand it.

In this context, putting an emphasis back on the original values of a university could do much to quell the rise of bullying and discrimination. Allowing the market-driven model to dominate the higher education sector for so long has only created a vacuum of values in the way the academic system operates, removing a university’s in-built system of moral checks and balances that might otherwise serve to keep its staff on the straight and narrow.

The ivory tower has lost sight of its primary, foundational function – namely, to nurture the flourishing of the human spirit for the benefit of wider society. When community values were at the core of the academy, its outputs were beneficial to civil society and its workforce adhered to the principles of partnership, equality and fairness. With these values now replaced by the pursuit of profit and fame, is it any wonder that the new academic arena has become a breeding ground for bullies?

Dr Diana Beech is a research consultant at the Research Information Network and a research associate at St Edmund’s College, Cambridge, where she currently manages a project exploring the role and relevance of values to contemporary European research policy. Beech is also an active member of the EURAXESS ‘Voice of the Researchers’ network, providing researchers with a channel to influence policy in the European Research Area.