The curious case of X - University of Ulster

The statement above is fairly innocuous. Academics are dismissed all the time in UK, and probably more often at the University of Ulster. Nothing special. But this time the University of Ulster had a bit surprise: it lost the case. Not only that, the tribunal Chairperson had a very strong comment about Mr. Ronnie Magee, the Director of Human Resources:

“… The reasons advanced by Mr. Magee for not following a proper redundancy procedure are simply breathtaking in their arrogance and inadequacy…”

The X verdict can be found openly in the web but many other cases against the University of Ulster may not have come to day light in the fear of losing a chance of future employment. It will be interesting to trace and document them.

From: http://profrichardbarnett.com/
Posted by Pierre-Joseph Proudhon at 3:55 PM 1 comment:

...The Ottawa administration's decision to fire Rancourt, imposing on him the "capital punishment" of labor relations, was even more vigorously opposed than were the lesser punishments dealt to him in preceding years. In a factual, reasoned letter to the Board of Governors dated 5 January 2009, Rancourt defended himself. Well over a hundred professors and students from Ottawa and elsewhere sent individual letters protesting Rancourt's elimination. Even before the axe fell, the Canadian Association of University Teachers had appointed a three-person Committee of Inquiry to investigate the long series of run-ins, dating back at least to the fall of 2005, between the Ottawa administration and Rancourt.


Is this a case of workplace mobbing in academe? Yes — and more precisely, administrative mobbing. (Click here for the standard checklist of indicators, here for the mainpage of the relevant website, and here for a short, basic article.)

What allows so unqualified a diagnosis is that Rancourt has made comprehensive documentation on the conflict (letters, emails, press reports, videos) publicly available on his blog and at academicfreedom.ca. For want of adequate information pro and con about a professor's dismissal or humiliation, it is often impossible to make more than a tentative assessment of whether it is a case of mobbing or merely a hard but measured and warranted response to some betrayal of academic purpose. In this case, Rancourt has laid bare to the public the actions that got him into trouble, the sanctions imposed, and what is most important, documentary evidence of both his own and his adversaries' views. Thereby he has bolstered his own credibility. Let other aggrieved academics take a lesson: only in so far as full information is publicly available, the cards all on the table, can outside observers make confident judgments and say things worth listening to.

It is plain from the material online that over time, administrators at Ottawa coalesced in the view that Rancourt, despite his stellar research record and the respect given him by very many students, is an utterly unworthy and abhorrent man, fit only for expulsion from respectable academic company. While administrators appear front and centre in this mobbing case, they are joined by dozens, even hundreds of students and faculty who are after Rancourt's neck. According to Karen Pinchin's trenchant article in Maclean's, "nearly one-third of Rancourt’s colleagues at the school have signed a petition of complaint against him." (Click here to read the petition, unambiguous evidence of ganging up.) Even distant pundits like Stanley Fish and Margaret Soltan piled on.

An email from Chemistry Chair Alain St-Amant is telling. Shortly after Rancourt's suspension, with his dismissal pending, St-Amant apparently agreed to debate him on a TV talk show, but then cancelled out. Rancourt sent him an email asking why, and suggesting that administrative or peer pressure was the reason. St-Amant emailed back, "I refuse to enter a battle of wits with an unarmed man. ... This will be the last you will hear from me on this matter. Enjoy the paycheques while they last." The contempt in these sentences is total. With a clever turn of phrase, St-Amant gives Rancourt the ultimate academic insult, that he has no wits, that is to say no intelligence. Then he cuts off communication and gloats that Rancourt will soon be off the payroll. St-Amant would not likely have felt free to send such a message had he not felt himself part of a campus crowd united by scorn for Rancourt.

From the available documents, Rancourt appears to exemplify a type of professor I described in my first book on academic mobbing, a professor I called "Dr. PITA" — acronym for pain-in-the-ass, or in politer terms, a thorn in administrators' sides, the one who makes them see red. Being a team player is not Dr. PITA's priority. Administrative demands that most professors comply with uncomplainingly are occasions for Dr. PITA to raise questions — and more questions.

Real-life professors can become Dr. PITA for any number of reasons. Administrators usually chalk it up to a personality defect. The documentary record suggests that the reason in Rancourt's case, as in many mobbing cases I have studied, is that he has thought deeply enough about education and the search for truth, to realize how much these noble purposes are subverted by the academic structures established to serve them.

...Awareness of this downside of institutionalization is a common theme of the varied authors Rancourt cites in support of his own brand of anarchism — Paolo Freire, Noam Chomsky, Michel Foucault, Herbert Marcuse, Ward Churchill, among others.

It was apparently Rancourt's deepening understanding of and commitment to what learning actually involves, that led him to refuse to rank and grade his students in the established, expected way. Since grading is central to the institutionalization of learning, he felt obliged to renounce it. This was the sticking point, the offense that became the main official reason for his termination. As Rancourt plaintively wrote in his letter to the Board, "Socrates did not give grades to his students."

...More often, however, administrators and colleagues find ways to accommodate, sometimes even to honor and reward, the brilliant, unusually effective researcher and teacher whose process of growth has led to reluctance to give grades. Three professors of this kind have written letters of support for Rancourt: John McMurtry, Professor Emeritus of Philosophy at the University of Guelph, John Southin, retired Professor of Biology at McGill University, and David Noble, Professor of Social and Political Thought at York University. These respected academics report that their universities managed to put up with them for decades, albeit sometimes grudgingly, despite their own dissent from conventional systems of student grading.


...Why do some university administrations mobilize collective resources to eliminate professors of the Dr. PITA type, professors like Rancourt or McMurtry or Illich, while others somehow make room for them? One key difference is whether the administrators, despite all the bureaucratic pressures upon them, continue to have a feel for what searching for truth actually means. If they still hear that search as a personal call, they cannot bring themselves to demonize, harass, and try to get rid of one who embodies truth-seeking in a pristine way, despite the administrative challenges such a professor poses. They are able to recognize in Dr. PITA not just bothersomeness and impracticality but successful engagement with inquiry and learning, the fundamental goals of a university...

On the other hand, to the extent a university's administrators are of a purely managerial or technocratic frame of mind, they lose sight of the institution's basic purposes and see a professor like Rancourt as nothing more than sand in the gears of the bureaucracy. They react with rigidity, threats, and punishment instead of dialogue... The administrators and their minions begin circling the wagons against the targeted professor, as if he or she were an invading army and the embodiment of wickedness. Compliant and afraid, many faculty and students join the circle. Energies that could be devoted to some kind of search for truth are expended instead on keeping a genuine, successful searcher outside the embattled circle of imagined rectitude.

...One of the things about Denis Rancourt that has led me to pick his case — out of the very many that come to my attention — for commentary here is his impolitic tenacity in telling the truth as he sees it. As if his troubles with the Ottawa administration over the grading issue were not enough, he committed the further transgression of allying himself with the Palestinian side of the Israeli-Palestinian conflict — in defiance of President Rock's well-known sympathies. While drawing inspiration from Noam Chomsky, Rancourt has upbraided Chomsky for not being brave enough and serving power too much. And despite drawing much of his support from the left, Rancourt nonetheless published in 2007, an insightful, scientifically informed critique of one of the left's main priorities, the alleged threat of global warming. Here is a man with little more prudence than the storied boy who said aloud that the emperor has no clothes. Any half-way decent educator has to feel admiration for Rancourt and to be glad that Claude Lamontagne and several dozen other professors and students at Ottawa have gone on record as opposing Rancourt's banishment.


The campaign against Denis Rancourt reflects badly on the University of Ottawa, but few professors can accurately say nothing similar has lately happened in their own academic homes. On the whole, Ottawa is not likely a worse educational institution than most others across the continent. We live in what KC Johnson has called, in a 2009 essay in Minding the Campus, "an era of academic mobbing." Some mobbings arise from the left, others from the right, very many from plain intolerance of a skilled truth-seeker with an independent mind. An era of greater devotion to the classic goal of seeking truth is worth working toward.

From: http://arts.uwaterloo.ca/~kwesthue/Rancourt09.htm
Posted by Pierre-Joseph Proudhon at 6:47 PM 1 comment: 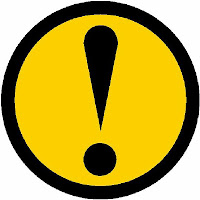 The following links give a recent update for my case.

The University of Ottawa is now funding an aggressive $1 million defamation lawsuit against me.

I am self-represented because I have no money, having been wrongfully dismissed from my tenured full professorship in 2009.

They now want my spouse's house and everything.

The best pre-lawsuit summary of my case is here; it is a chronological list of the incredible things they did:
http://rancourt.academicfreedom.ca/component/content/article/52.html

My new book:
"Hierarchy and free expression in the fight against racism"
http://fightagainstracismbook.wordpress.com/

Please do what you can to inform the public about what the University of Ottawa is doing.

Denis Rancourt
Posted by Pierre-Joseph Proudhon at 1:24 PM No comments: