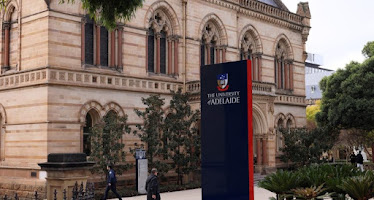 University of Adelaide employees have described a workplace culture of “veiled terror”, where bullying is “the norm” and senior leaders are focussed on turning the institution into a “degree factory”, an Independent Commissioner Against Corruption survey reveals.
In an email to staff yesterday – seen by InDaily – University of Adelaide interim Vice-Chancellor Professor Mike Brooks wrote that the survey findings made “uncomfortable and challenging reading”, but he was “firmly committed to improving the integrity and accountability” of the 140-year institution.
The survey results, linked to staff in Brooks’ email, were used to inform the ICAC’s “University Integrity Survey” of South Australia’s top three universities, which was released to the public earlier this month.
Surveys were conducted with staff at the University of Adelaide, University of South Australia and Flinders University between March and April this year to determine the “attitudes and experiences” of employees regarding corruption and inappropriate conduct at their respective workplaces.
Of the 1364 respondents to the Adelaide University survey, 31.6 per cent reported experiencing bullying and harassment at work, while a further 62.7 per cent claimed they encountered those behaviours in the past three years...
https://indaily.com.au/news/2020/12/17/bullying-and-harassment-are-rife-in-my-workplace-adelaide-uni-staff-raise-red-flags/
Posted by Pierre-Joseph Proudhon at 8:36 AM No comments: 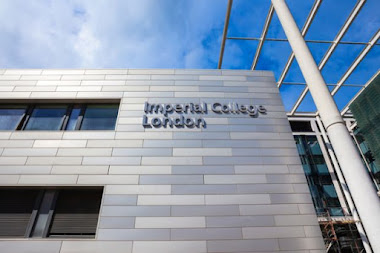 Imperial College London’s president has issued an apology and has faced a disciplinary hearing after an independent investigation concluded that she had bullied someone.

Alice Gast and Muir Sanderson, the university’s chief financial officer, have also been offered coaching, following an investigation into allegations of bullying and a dysfunctional culture, which came to light last week.

Jane McNeill QC, who conducted the investigation, found that Professor Gast had bullied one person, while Mr Sanderson was found to have bullied two colleagues between late February and mid-March.

The QC recommended that Imperial’s chair of council John Allan hold disciplinary hearings against the pair, which have now concluded, and that he should oversee reviews of the institution’s bullying policy and governance structure.

Imperial said it was in the process of implementing recommendations that annual appraisals for the president’s direct reports are conducted “with improved record-keeping and oversight from HR” and for the introduction of a 360-degree appraisal system – where feedback is kept anonymous – for senior leaders.

It will also implement further training on processes around bullying and harassment and on the use of settlement agreements for senior managers.

...Professor Gast said she was “sorry that, at times, I made some senior staff feel unappreciated and left out. I am very sorry that I bullied someone.”

“I have offered full apologies to colleagues who have been personally affected. Making difficult decisions, often under time pressure, is expected of a leader and I have fallen short. I have learned a lot from this experience and have focused on using it as a catalyst for positive change for me and my leadership team,” she said...

Posted by Pierre-Joseph Proudhon at 1:19 PM No comments: