Posted by Pierre-Joseph Proudhon at 6:10 PM No comments:

Allegations that one of Wales' leading universities is being run "like a dictatorship" have been dismissed by its president, Sir Emyr Jones Parry. The University and College Union (UCU) claims Aberystwyth University managers are behaving like school ground bullies and staff are fearful for their jobs. Sir Emyr said: "I don't believe the views set out are representative and I don't recognise the picture." The union also claims university staff were suspended over trivial matters. The university said it was "perplexed" by the accusations, which it said had not been brought to its attention.

Since new vice chancellor April McMahon took over the role in August 2011, 11 members of staff have been suspended and 13 have had their employment terminated, it has been reported. Martin Wilding, president of UCU at Aberystwyth, said staff were "literally looking over their shoulder," adding there was a sense they were under "constant surveillance".

He claimed there was also no sense of "due process" and "justice" over the suspensions, adding there was a conflict between management and staff that was "a sort of repressive relationship". "If people speak out they feel that they are going to be punished," he said. "There are rumours of people disappearing, and it sounds like a South American state when you say that, but people have sort of disappeared off the radar screen, as it were." He added: "Invariably people are brought into a meeting on a one-to-one basis and suspended and dragged off campus".

BBC Wales spoke to other current and former members of staff who declined to speak publically about their experiences of working at Aberystwyth University for fear of reprisals. But they claimed they were bullied, intimidated and harassed by senior managers.

Speaking on BBC Radio Wales, university president Sir Emyr Jones Parry said the union, one of four representing staff on the campus, had not formally raised any issue, even as recently as a scheduled meeting with management last week.


Sir Emyr Jones Parry said due process was 'rigorously applied' at Aberystwyth University. He said: "I don't believe the views set out are representative and I don't recognise the picture. "If there was any suggestion this was rampant in the university, believe me, I would have been on the case." "I'm not saying I haven't heard of the problems. They were not raised officially in any meeting." He rebutted the union's claim over a lack of due process in management actions. He said: "No-one has not been subject to due process. I can assure you. "Due process is rigorously applied in Aberystwyth."

The most high profile of the alleged suspensions involved two officers from the Aberystwyth arts centre - director Alan Hewson and operations manager Auriel Martin. Mr Hewson has retired and Ms Martin is the subject of an internal disciplinary investigation. Last month a protest stopped traffic on the campus in support of the pair but the university said it could not comment on matters involving individual members of staff. Councillor Sue Jones Davies claimed the relationship between the university and the town was strained. 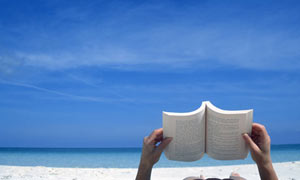 The University of Ulster

University of Leicester defies Information Commissioner (and gets away with it)

Prof. Hassan Abdalla is still at it...

Posted by Pierre-Joseph Proudhon at 10:08 AM No comments: 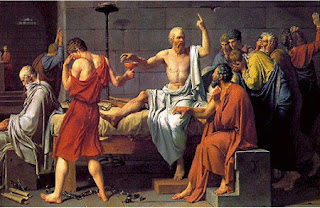 As you probably know, the legal case of my 2009 dismissal from my tenured Full Professorship at the University of Ottawa has been on-going for many years:
http://rancourt.academicfreedom.ca/component/content/article/52.html

Well, the binding labour arbitration hearings are finally over! The last day of hearings was June 26, 2013. We expect the arbitrator Claude Foisy's decision within 4 to 6 months.

In my opinion, the hearing was a modern Socratic trial, with the University's arguments explicitly alternating between "corrupting the youth" and "insulting important people". The media reports thankfully saw this as a tactic.

Link to mainstream media reports about the final days of the hearings are given in this blog post:
http://uofowatch.blogspot.ca/2013/06/rancourt-arbitration-hearings-end-media.html

For example, this video about anarchists was played during the hearings in the lengthy cross-examination of me, because it was in one of my many YouTube playlists:
https://www.youtube.com/watch?v=8ScFU0UxKWA&list=PL74C8802F2EB649BE&index=1 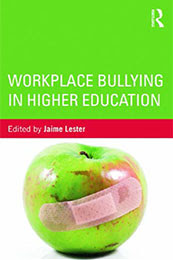 I know the old saying 'don't judge a book by its cover' but somehow I could not help doing just that with this book. An image of a sticking plaster over a bruised apple left me somewhat bemused. I was left wondering, what did this have to do with workplace bullying in higher education (HE).

I did consider the possibility of it referring to knowledge and the damage that is, potentially, being done by bullying in HE  institutions to future generations. That the developers, repositories and distributors of knowledge in society have issues with workplace bullying is not something that is a recent discovery; stories abound of high value, academics bullying doctoral researchers, junior faculty members and support staff in HE establishments. These academics are seen as untouchables because of the income that they generate and the impact that words from an esteemed professor could have on a future career.

HE is not really that different from other sectors and, like other sectors, this perception is being challenged quite strongly through the development of robust policies and procedures, training and management changes aimed at driving out what have been generationally embedded negative behaviours in some areas.

This book is written to help human resource (HR) professionals working in the HE sector understand what the current issues are surrounding workplace bullying. Although set in a USA context this does not limit the appeal or usefulness of the book; topics range from the current, limited, empirical research literature through to the different sub-cultures and biases that exist within financially restrained, historically bound, institutions.

It also provides well-researched observations on the legal and ethical implications of bullying. Of particular interest to me was the development of a model which links the social ecology of bullying with social reproduction theory. In brief, it suggests that bullying does not exist in a vacuum, it reflects the messages that seem to be prevalent in society (for example, the dominance of a subjective capitalism, the primacy of the victim, the demand for tolerance or intolerance) and suggests that HE institutions can fall into the trap of reproducing these inequalities by merely reporting the statistics on bullying rather than actually engendering change.

The authors set out a challenge to the institutions, almost in the form of an ethical demand, to move away from the current emphasis on statistics, characteristics and psychological profiling to a more systemic-based challenge to the societal embedded causes of, and supports for, bullying. The authors are clear that the book should not be read as an answer to the phenomenon of bullying rat herthat it is the beginning of a conversation; a conversation that needs more empirical evidence for it to progress in a meaningful direction. Maybe this was the point of the image on the cover of the book. The contributors seem to recognise that whatever they are offering is a sticking plaster to cover up a bruise as a temporary solution whilst they begin to explore the reasons as to why the bruise occurred in the first place. If this is their aim then, for me at least, the book is a success.