The Australian National University... [With links...]

• Deakin treat these problems as too hard to deal with.

• No comment because I am afraid I will lose my job.

• Not at all. The investigation was tainted, biased and resulted in an effective cover up of the core problems. Deakin needs to address this issue as an OHS issue.

• The workplace culture in my area is quite toxic we seem to have a great divide in managerial skills and leadership ability and pockets of staff who have been picked on or bullied in some instances has led to prolonged stress leave or illness. Management say they are doing a better job but this has to be questioned when you hear of exclusion and character assassination still prevails.

• Workplace culture is toxic. My school has been oppressed for years to to strong bullying leadership. Now it has been released but no controls have been put in place.

• Not at all satisfied. None of my concerns were acknowledged, even when I proved no wrong doing on my part. No apology or acknowledgement of unfair treatment and I am still micro-managed and hen pecked on a daily basis. My work mates have been horrified about what has occurred, my direct manager has been excluded from these ambush meetings...

• Deakin requires a change of management at the senior levels. Workplace culture has been reduced to survivalism. There is a total lack of leadership and academic staff are demeaned and not respected or appreciated. This needs to be exposed...
Posted by Pierre-Joseph Proudhon at 10:23 AM No comments: 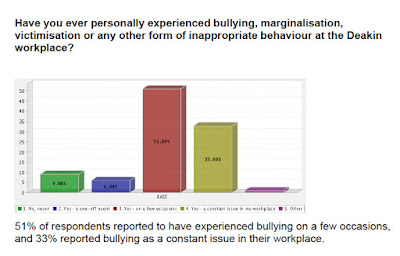 Posted by Pierre-Joseph Proudhon at 8:39 AM No comments:

What is going on at Deakin University? 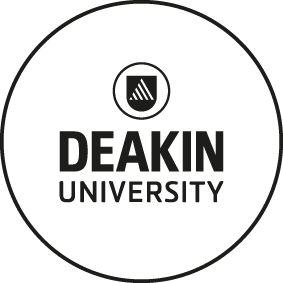 What has been going on, and what is still going on?
Posted by Pierre-Joseph Proudhon at 1:26 PM 3 comments:

We stand with Martin Hirst... 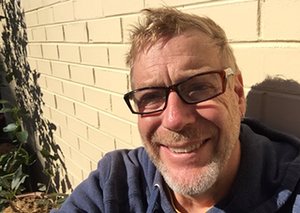 They have sacked another Marxist. This time it is Deakin University, and the academic is Martin Hirst, an old friend and comrade (even though we are in different groups.)

Martin posted some twitter comments and a photo which, to put it frankly, I would not have.
According to Amanda Meade in the Guardian:

‘Deakin found that content posted to Hirst’s private Twitter account @ethicalmartini was “offensive and/or disrespectful and/or threatening and had the potential to damage the reputation of the university”.’

The irony of course is that overreacting by sacking staff for what are in my view stupid but not offensive let alone threatening comments itself damages the reputation of the University. So what had Hirst done and said? The Guardian again:

‘The university received a complaint about an exchange on 20 March 2016 in which Hirst said “so are you happy to fail commerce?” to a Deakin University student, Lachlan McDougall, who had insulted his teaching.’

The claim was that Martin was threatening the student with failure. Martin said he didn’t know McDougall was a student at Deakin and it wasn’t a threat. It was a comment on his intelligence. It is also unclear to me how an academic in one School (the School of Communication and Creative Arts) who is not actually teaching the student can threaten the academic progress of that student when they are apparently in another School and Faculty (Commerce or some such.)

Martin also posted a photo on Twitter with the words “fuck it” on a beanie he was wearing. He wrote underneath “Back to work after the Easter break? You need this beanie. I’ve got mine on today, it’s a subtle hint to your boss.”

Hirst was already on thin ice. In 2014 The Murdoch Press began attacking him. They used a a photo of Hirst standing beside Marx’s grave in Highgate Cemetery. Martin engaged on twitter about the photo with a troll and, as Melissa Davey in 2014 in the Guardian put it:

‘Hirst adopted a tweet by US actress Kirstie Alley: “… dear stupid as fuck people who just like to be stupid, go be stupid with other stupid people. #stupidfuckcity”.’

Bolt complained to the University and Hirst was suspended without pay for 3 months.

Now he has been sacked. The University took into account his previous 2014 exchanges.

It appears that the University has reacted, again, to not just publicity but a campaign from the most right wing mainstream media organisation in Australia, the Murdoch media. This has implications for all left wing academics. It means that if Murdoch hacks (what more appropriate word to describe the sort of institutional journalism that hacks the phone of a dead girl or lies about the Hillsborough tragedy?) trawl through the personal public accounts (or even blogs) of left wing academics and find some offensive comments those academics can be sacked under the McCarthyite moniker of offensive, or disrespectful,  or threatening, or even the catch all of ‘having the potential to damage the reputation of the University.

As to the latter, the lawyer in me thinks that frankly every action has the potential to damage the reputation of a University, especially if the judge and jury are reactionaries form the Murdoch stable and their cheer squad of right wing nut jobs.

There is a pattern developing here. The Murdoch Press revealed Roz Ward’s Facebook post about the racist Australian flag and La Trobe suspended her before backing down in the face of a strong union and community campaign.

Frist they came for Roz, because of their desire to smash one of the drivers and defenders of the Safe Schools program. We beat them back. Then they came for Martin, and Deakin University has sacked Hirst. Which academic will be next?

We appear to be on the verge of an outbreak of McCarthyism.

I am pretty certain the Murdoch ghouls have been and will be trawling through the Facebook and twitter accounts of other Marxists and leftists to expose them for calling trolls fuckwits or for other ‘crimes.’ These will then be used to call for the employer (University or otherwise) to sack these people for bringing the employer into disrepute. Some leftists jobs will Í think be at stake.

One problem for Universities is that if Hirst’s comments are a sackable offence, what will they do to all the other academics who have posted angry responses in a private capacity and perhaps even a work capacity to right wing nut jobs and others attacking them? I suspect Hirst is not alone in making this type of comment. If so, how does Deakin University propose to enforce its interpretation of its standards and its expectations of appropriate behaviour?

Will some prominent right-wing figure at the University be investigated for his or her non-work comments? Will the University perhaps set up an in-house Un-University Activities Committee to investigate all words and actions that have the potential to damage the reputation of the University? Will it not only rely on Murdoch and other informants but actively investigate the personal lives and views, as captured on public outlets like Facebook and twitter, of its staff? After all if it good enough for Martin, why not apply the same standards to all staff? Having set that standard is it not beholden on Deakin to now begin policing it, with, one can imagine, Orwellian consequences that the University may itself have set in train through sacking Hirst?

I am not for a moment suggesting this happen, just pointing out the dangers that arise from sacking Martin for his comments.  Coming on top of the suspension of Roz Ward at La Trobe for stating what to me is a self-evident truth, that the Australian flag is a symbol of racism, it seems to me that a dark environment is developing at universities.

This dark environment is the consequence of the ongoing and deepening commodification of higher education, a process both major parties have been deeply involved in. When your Grundnorm is profit, ideas which challenge that, however expressed, are a threat to the very essence of the machine that is now the University sector. That machine is destroying the University as the seeming bastion of difference and the dissemination of often currently unconventional and unpopular ideas.


To defend academic freedom we must defend Hirst. His union, the National Tertiary Education Union, has released a statement in support. This must be the first step in building a campaign to stop Deakin University sacking him.

I have resigned from my role as Associate Professor at Deakin University. I am no longer employed by the University.

I will not be making any further public comment. 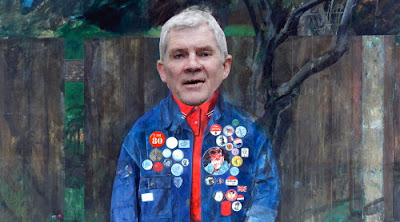 We the students and peers of Joe Kerr believe that he is being wrongfully threatened with redundancy. He is a valued member of the RCA staff and, at present, the only active UCU representative at the college. Joe is an inspirational and thought-provoking lecturer who has also tirelessly worked to support colleagues faced with redundancy time and time again.
Joe has been employed by the RCA since 1998. His role as Head of Critical and Historical Studies is being phased out due to the restructuring of the Programme. Although we are unhappy about the restructuring at the very least we feel that Joe should be able to continue his teaching as a Senior Lecturer. We believe his present teaching hours should not be advertised to others and he should keep this post as a right. We believe if the college do not do this then they are not fully considering alternatives to redundancy, a procedure employers must take before making employees redundant.
Although he is a qualified Architectural Historian Joe also continues to work as a London Bus Driver; a job he has had for 12 years. His commitment to social inclusion is one that can be seen in his teaching, his camaraderie, and his support for the union.
The School of Humanities at the RCA is a fantastic place to learn. Its direction and employees are truly visionary. However if Joe Kerr goes, this will be a major dent to the School. As an ethical employer, who often recruits on its reputation, the RCA cannot allow this to happen.
More info at: https://www.change.org/p/royal-college-of-art-fight-the-forced-redundancy-of-joe-kerr
Posted by Pierre-Joseph Proudhon at 12:51 PM No comments: