At North Carolina State University (NCSU), shortly after Dr. Terri Ginsberg made supportive political comments at a screening of a Palestinian film in 2007, she went from being the favored candidate for a tenure-track position to being denied even an interview. Her efforts at redress were summarily rejected by NCSU and two courts. A jury should be permitted to decide whether NCSU's real reason for firing Dr. Ginsberg was its hostility to her political views, but this legal right has been denied. We urge the Supreme Court of North Carolina to review Dr. Ginsberg's case and to reverse the lower courts' decisions to dismiss it. On this basis, faculty at NCSU and elsewhere may finally exercise their legal right to academic speech on the topic of Palestine/Israel and, as such, to their full human rights as scholars, teachers, and intellectuals in the academic community.

To support this request to the NC Supreme Court, we invite academic faculty and students worldwide to sign our Open Letter as an e-petition at this URL:
http://www.gopetition.com/petitions/open-letter-to-nc-supreme-court-ginsberg-vs-ncsu.html

You are also encouraged to send your own letter to:

Thank you for your support,

What is going on at the London College of Communication? 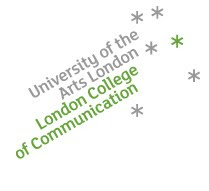 First there is the article in the Times Higher Education about 16 courses being shut down. The closures include four bachelor's degrees, one master's programme and 11 foundation courses, six of which have "top up" options that allow students to convert them into full honours degrees with an extra year of study.

Then the University and College Union plus others called on Professor Kemp to resign.

Now we hear that academic staff are too scared to talk as some of their best colleagues have lost their jobs by daring to voice their opinion. Bullying and intimidation tactics?
Posted by Pierre-Joseph Proudhon at 4:13 PM 5 comments:

I was a Phd student in the US and went through a similar experience. It is like a hazing process that lasts 4-5 years. Perhaps they were just whipping us into shape, and maybe I learned from it, but at the time it did not feel good, and I'm not sure if it is the most effective learning environment. I witnessed heavy handed punishments for the slightest infractions, abusive and insulting emails and phone calls, mutinies against individuals, and a soviet era style code of silence in the face of this abuse. All faculty and administrators would stick together if a student complained, and there was no authority to report them to. Students would not even talk about the bullying because they were too scared. And there was nowhere to go because we were trapped for 4-5 years, dropping out would have meant wasting all that work it took to get this far, and you need them to graduate and sponsor your thesis, and transferring is not an option. They really do have the upper hand. And the males do seem to get it worse.

By Anonymous on PhD students suffer from bullying supervisors
Posted by Pierre-Joseph Proudhon at 12:28 PM 24 comments:

Make it easier to whistleblow while you work

Following the publication by the British Medical Journal of research suggesting that one in eight scientists and doctors in the UK has witnessed some sort of research fraud, a conference on scientific misconduct heard how junior academics were sometimes bullied into silence or had their contracts terminated if they spoke out.

At the meeting in London organised by the BMJ and the Committee on Publication Ethics (Cope), Peter Wilmshurst, a consultant cardiologist at Royal Shrewsbury Hospital, said that "institutional corruption" had resulted in a culture that "penalised whistleblowers".

"I think the problem is that institutions refuse to deal with the problem," said Dr Wilmshurst, who was embroiled in a four-year legal battle between 2007 and 2011 when a now-defunct US medical company tried to sue him for libel after he criticised one of its products.

He cited several cases in which whistleblowers had been discredited and forced out of institutions while those guilty of falsification continued up the career ladder.

Nick Steneck, director of the research ethics and integrity programme at the Michigan Institute for Clinical and Health Research, said many complaints were dismissed too lightly by institutions.

"Some set a very high bar of what the allegation must be - most cases just get ignored," he said.

Observing a "disincentive to whistleblow", he added: "Why do we put junior people in a position where they have to blow the whistle? Most senior people are aware of [the misconduct] - they know and suspect the same things.

"We should have a better whistleblowing process for senior staff."

Evan Harris, the former Liberal Democrat science spokesman who lost his parliamentary seat in the 2010 general election, said that more independent oversight was needed because universities had a "vested interest" in suppressing cases of malpractice due to fears of reputational damage.

"The temptation to cover it up or not deal with it is enormous," Dr Harris said.

"But it only takes one high-profile case where a patient has suffered for the whole of UK medical research to be put under the spotlight, causing political confidence and the confidence of funders to drop."

The tendency of journals to publish only "successful" scientific studies with a positive result "created a bias in research, which leads to avoidable suffering and death", he said. Failure to publish those studies that "went up a blind alley" meant that future researchers might undertake similar projects, wasting time, money and even lives.

Sir Iain cited the near-fatal human drug trials conducted by the German pharmaceutical firm TeGenero in 2006, in which participants were left in intensive care as a result of adverse reactions to an anti-inflammatory drug.

This could have been avoided if research on a similar drug had been more widely shared, he said.

"There is a much more insidious influence from minor examples than the 'big bang' examples that reverberate around the world," said Michael Farthing, vice-chancellor of the University of Sussex and a founding member of Cope.

However, despite concerns that some professors were "untouchable" in their departments, the idea of a US-style independent external regulator failed to find favour.

Graeme Catto, a former president of the General Medical Council, said the presence of a state regulator would allow institutions to "duck out of their responsibilities" and "would have to have a huge budget".

Professor Farthing said universities needed a more consistent approach to research misconduct, but argued that self-regulation and greater emphasis on prevention was the way forward.

Research Councils UK and Universities UK are working on a "concordat" to agree aspects of policy in this area but, two years on, nothing has been announced.

From: http://www.timeshighereducation.co.uk
Posted by Pierre-Joseph Proudhon at 2:21 PM No comments:

Whistle and we won't be able to come to you, or won't have to after all 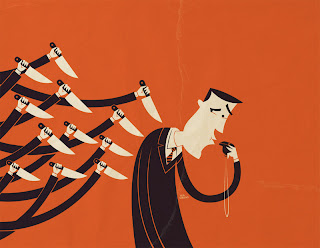 Whistleblowers contacted England's funding council 18 times in the past two years, alerting it to allegations that included pressure being put on staff to lie during an audit and the manipulation of National Student Survey results.

The Higher Education Funding Council for England looked into all of the cases, but either decided that no further action was required on its part or was unable to respond to the whistleblowers to follow up the complaints.

Half of the tip-offs were made anonymously.

The Hefce records for January 2010 to October 2011, released to Times Higher Education under the Freedom of Information Act, show that only four complaints were made using the formal Public Interest Disclosure Act mechanism, which protects whistleblowers who speak out against wrongdoing in the workplace.

A third of the 18 complaints related to the University of Gloucestershire in 2010.

The institution had a turbulent year as it sought to recover from a £31.6 million debt. Its vice-chancellor departed and it lost a damaging employment tribunal to one of its managers, Jan Merrigan.

The Gloucestershire complaints that were submitted to Hefce, all made anonymously, included a request "for each member of the finance team to be interviewed alone during the forthcoming Hefce data audit".

A summary of Hefce's response states: "Audit team advised. Request has not been shared with the institution to ensure that the audit is not influenced."

There was also a complaint about alleged "variance in student number reporting and tuition fee recovery". Hefce said that this had "already been prioritised" in the audit.

Another Gloucestershire complaint alleged that "staff [were] told to lie during [the] forthcoming audit". Hefce's response states: "Audit team aware of the factors which may have prompted staff concerns."

Paul Drake, Gloucestershire's executive director of external relations, said the university was "aware of a number of the issues raised by anonymous individuals, but has not been able to respond to them individually as the authors are unknown".

He noted that "some of the concerns expressed date from a turbulent period of the university's past", adding that a "change agenda" had brought about "a more stable institution and positive financial surpluses".

Other complaints submitted to Hefce concerned the alleged "manipulation of the NSS" at two unnamed institutions. Hefce found that no action was required.

One of the formal Public Interest Disclosures concerned Coventry University, where there was a claim that a "company connected with the university" was "alleged to be returning falsified enrolments".

But Hefce said that "no evidence...[was] found during the audit which was instigated" and described the allegation as "unsubstantiated".

A spokesman for the funding council said that judgements were made "in all cases as to what action was necessary, either by Hefce or the institutions involved".

He added that "if necessary, the matter was investigated to give us the information we needed".

From: http://www.timeshighereducation.co.uk
Posted by Pierre-Joseph Proudhon at 5:00 PM 1 comment: