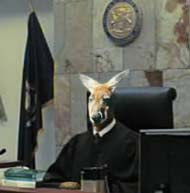 An inquiry into allegations levelled against the former University College Cork (UCC) president Gerry Wrixon has found no evidence of corruption or breaches of the law.

The 20-page report says there has been "no material breach of law, statutes or ordinances either financially or corporately there is no evidence of corruption".

John Malone, the former secretary general of the Department of Agriculture and Food, who conducted the inquiry, said the allegations made against Prof Wrixon did not merit the appointment of a visitor or senior investigator by the Minister for Education, Mary Hanafin.

The report is critical of Prof Wrixon's management style and his poor personal relations with some key personnel. There was a very strong focus on results and implementing change but much less on people affected by these changes, it says.

Mr Malone is critical of UCC's governing authority which, he says, failed to act as an effective counterweight to a powerful president like Prof Wrixon. The report criticises Prof Wrixon's tendency to bypass some structures - including the academic council - in his decision-making.

There is some evidence, it says, of some "hasty decision-making in a highly ambitious change agenda" environment. But overall, it says, these deficiencies do not amount to mismanagement. But the report also says the success of UCC in recent years is a tribute to the "energy and vision" of Prof Wrixon.

The inquiry examined over 50 allegations made by Prof Des Clarke of UCC in a letter to Ms Hanafin. But the Malone report rejects his allegation that UCC is an academic Enron waiting to happen because it is financially unstable. Prof Clarke did not co-operate with the inquiry.

The Malone inquiry concludes that UCC's debt will need to be carefully managed by the new president, Prof Michael Murphy, but it says the debt is not a threat to the college.

The report praises the "energy and vision" of Prof Wrixon which has helped transform UCC into one of the most successful third-level colleges in the State. But poor personal relations on the campus between key decision makers created tension and animosity, it notes. Prof Wrixon retired as president this week; Prof Michael Murphy took office yesterday.

Mr Malone was assisted in his inquiry by two international experts, Prof Michael Shattock of the OECD, and Dr Jim Port, an independent consultant on higher education issues.

Prof Shattock was a member of the OECD team which prepared the landmark 2004 report on third-level education in the Republic. Dr Port was recently appointed by Ms Hanafin to examine the merits of a university in Waterford.

At the time, Prof Clarke said: "I think it's completely unacceptable because the governing body is effectively appointing the person to investigate concerns about the governing body itself . I'm not assuming that anyone is going to find in my favour or anyone else's favour but you can't have people picking their own jury."

From: Indymedia Ireland
Posted by Pierre-Joseph Proudhon at 10:12 PM

The Irish Examiner, 03 February 2007 - kept out of the loop when it was first leaked:

The report also found some of the structural changes at UCC, prompted by Prof Wrixon, may have been introduced too quickly to accommodate all the college’s key staff.

John Malone, ex-secretary general at the Department of Agriculture and author of the report, noted that there was no corruption and no statutory review was required.

However, he concluded there was truth in some of the allegations probed.

Mr Malone had been engaged by UCC’s governing body in November last to inquire into about 50 allegations made last summer by governing body member Professor Des Clarke.

Many of the allegations concerned UCC president Prof Wrixon’s management of the college and, in particular, the levels of debt that had been allowed to accumulate.

The report effectively cleared UCC management and Prof Wrixon, who retired on Wednesday last, of any wrongdoing which might have merited the appointment by Education Minister Mary Hanafin of a High Court judge to investigate matters.

This is a situation that had previously been sought by Prof Clarke.

The report will be presented next Tuesday to the newly-elected governing body, which will forward the findings to the Higher Education Authority (HEA).

Mr Malone is understood to have found that a number of allegations were correct but that all of them were of a minor nature.

However, when considered collectively, he believed that some of them give a very poor impression of the university.

He found that some of the issues would not have created difficulties in any other environment but that they became more serious due to the high level of mistrust and animosity between individuals within the college.

Mr Malone also referred to poor personal relationships and mistrust between senior personnel at UCC during Prof Wrixon’s eight-year term and questioned why the governing body did not always act as a counterweight to the president in the decision-making process.

Despite some of these criticisms, the report also credits Prof Wrixon and his management team for expanding UCC’s small landlocked campus and their ability to attract high levels of non-State funding.

While recognising the ambitious changes undertaken structurally in recent years, the report finds that some of these changes may have been introduced without enough time to bring everyone along with them.

It also concluded that the estimated 60 million debt at UCC, while not posing a threat to its operation, will have to be carefully managed by Prof Wrixon’s successor Prof Michael Murphy.

Sources suggest the governing body is likely to accept the findings and its recommendations before forwarding it to the HEA.

The HEA will then give its formal conclusion to the Minister for Education Ms Hanafin.

It will then be up to her to decide whether or not to appoint a visitor, as she can do under the 1997 Universities Act, but Mr Malone’s conclusion that no law or college statute was breached suggests such a move is unlikely.

MediaBite has a lengthy dissection of the perceived pro-President Wrixon bias in the Irish Times reporting of the review and the entire "corruption" issue:
MediaBite