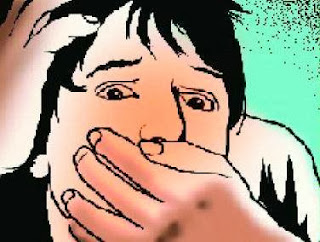 The University of Sheffield has spent over £1.8 million taking out controversial ‘gagging orders’ on former staff members in the last five years.

Compromise agreements with confidentiality clauses, known informally as ‘gagging orders’, have been issued to members of staff leaving employment for reasons other than early retirement. They are now known as settlement agreements following the Enterprise and Regulatory Reform Act 2013.

The agreements are used when the University is in dispute with a staff member and are made through a voluntary process where both the University and the employee are legally represented. But unions fear that employees may sign compromise agreements because they fear the stress associated with taking legal action or remaining in work.

The Trades Union Congress (TUC) said: “We are seriously concerned that the new legislative provisions on the admissibility of settlement offers and discussions in unfair dismissal cases will send a signal to employers that they are free to sack staff for arbitrary reasons without needing to follow a fair disciplinary procedure.

“Whilst employees will have a theoretical right to turn the employer’s offer down, many will consider they have no genuine choice other than to accept the sum of money and leave their job. Many employees will accept the offer simply because they assume it is a foregone conclusion they will be dismissed if they do not.

“Others will fear that they will be bullied or victimised if they remain in the job. The provisions are therefore open to abuse by employers and could have a detrimental effect on wider employment relations.”

The University said that “the decision to compromise is made taking into consideration factors including the beneficial impact to all parties through timely resolution to the dispute, the commercial impact of resolution, and the effective management of personal and or organisational risk.”

Cllr Shaffaq Mohammed, leader of the Liberal Democrat Group on Sheffield city council, described the figures as “worrying”, going on to say: “When such large sums are being spent on these agreements students have every right to know why this money isn’t being invested in university services instead. As one of the largest and most respected institutions in our city,  the University of Sheffield should be setting an example to other employers.”

Compromise agreements have been a contentious issue in the area recently, sparking outrage from local people when it was discovered that Sheffield city council had spent almost £200,000 on the orders since 2011.

Sheffield city council spent £28,000 on compromise agreements in 2011 and £162,530 in the 2012-2013 period, with many of their compromise agreements including the controversial confidentiality clauses. But the University of Sheffield’s spend dwarfs this – with £196,907 spent on gagging orders in 2011 alone, more than seven times the amount spent by the council in that year, despite having only 6,031 employees compared to the council’s 18,000 plus.

The number of agreements made and the costs incurred are subject to annual scrutiny by the University’s senior remuneration committee, made up of the vice-chancellor and non-University staff.

The University has racked up almost £2 million worth of the controversial clauses in the past five years, peaking in 2009 when 24 agreements were made at a cost of £549,589.

In total, the University has made 102 compromise agreements with confidentiality clauses since 2008, resulting in a total spend of £1,835,498.

Kallum Taylor, York Students’ Union president, told York student paper Nouse: “These numbers are obviously concerning. Obviously we don’t know the ins and outs, but 80k a year could go a hell of a long way elsewhere for students here. Students are now paying a fortune, and their financial stake in the University has increased dramatically. Scrutiny on spending should be higher than ever, and this type of business shouldn’t be carelessly accepted as a norm.”

“The University is proactive in ensuring that it promotes and develops its staff capability, and considers a range of employment options to address any shortcomings which, when the circumstances warrant it, include compromise agreements. We take care to ensure this approach is only used voluntarily, and in circumstances where both parties have agreed it’s the best course of action, frequently in discussion with trade unions.

“The number of cases and University of Sheffield spending on such agreements is low when compared to other sectors. Over the past six years, spending has been at an average of around £18,000 per case, representing a tiny fraction of our total £1.1bn staff budget over the same six years.”

From: http://forgetoday.com/news/silenced-unis-1-8m-gagging-orders/
Posted by Pierre-Joseph Proudhon at 5:16 PM 1 comment:

Three Queensland Appeal Court judges have upheld a security guard’s appeal and awarded her $364,008 in damages for a psychiatric illness caused by her manager “verbally” abusing her.

USC security guard Gjenie Wolters brought action against her employer on the grounds it had breached its duty of care by failing to provide a safe place of work. She alleged she developed a “debilitating psychiatric illness” after her line manager Mark Bradley verbally assaulted her in March 2008.

Wolters alleged Bradley “aggressively confronted” her, waved his arms at her and yelled while accusing her of abandoning her duties during a blackout. She said she attempted to explain her conduct, but Bradley did not want to discuss the matter and “stormed off”.

Wolters lodged a grievance with USC HR the next day but the unit “declined to investigate her grievance”.

Bradley, the judges heard, had been the subject of a bullying and harassment complaint some months earlier to Wolters’ grievance. Another female security guard, Heather Carney, lodged a complaint Bradley verbally assaulted her and threatened her position.

Carney voluntarily left USC but did not withdraw her complaint...

Former USC vice-chancellor Thomas said Bradley had a history of raising his voice to security staff. But Thomas did not regard it as bullying as security staff were “quite different from the normal people who populate universities” and used to being yelled at.

The Appeal Court judges upheld Wolters’ argument USC’s failure to investigate the Carney complaint meant “no consideration was given to specific aspects of Mr Bradley’s conduct about which he should have been counselled”. “It follows logically the appropriate reprimand and counselling Mr Bradley would have been given would have placed considerable emphasis on bringing that deficiency to his attention and counselling him to check his facts first before criticising other staff members.”

The judges awarded Wolters $364,008 and ordered USC to pay her legal costs for the appeal.

Posted by Pierre-Joseph Proudhon at 7:54 PM No comments:

Prevalence and Forms of Workplace Bullying Among University Employees

Over the past decade, a growing number of Anglo-American and Scandinavian researchers have documented the extent to which the university environment provides opportunities for workplace bullying. By contrast, there has been a visible lack of similar studies in non-Western national contexts, such as the Czech Republic and other Central Eastern European (CEE) countries.

The present article addresses this gap by reporting the findings of the first large-scale study into workplace bullying among university employees in the Czech Republic. The exposure to bullying was assessed with the Negative Acts Questionnaire-Revised (NAQ-R) in a sample of 1,533 university employees. The results showed that 13.6 % of the respondents were classified as bullying targets based on an operational definition of bullying (weekly exposure to one negative act), while 7.9 % of the respondents were identified as targets based on self-reports. This prevalence is comparable to bullying rates in Scandinavia but considerably lower than in Anglo-American universities.