How Narcissistic Leaders Destroy from Within

When the person at the top is malignant and self-serving, unethical behavior cascades through the organization and becomes legitimized. 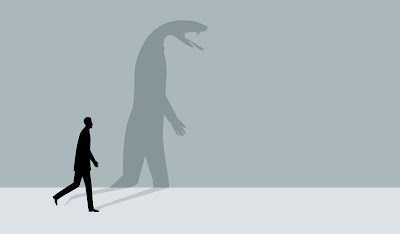 What traits do we look for in our leaders? Ask someone what distinguishes a forceful leader, in business or politics, and they’re likely to mention self-confidence and charisma. Great leaders, we say, are bold and strong-willed. They have a vision for creating something new or remaking a company or a country. They challenge conventional wisdom and are slowed by neither self-doubt nor criticism.
These are the individuals whom corporate boards tend to select as CEOs, especially in times of upheaval, when the status quo is failing. They’re adept at self-promotion and shine in job interviews. Then, once they’re in power, we find out who they really are.
Sometimes they’re as good as their promise. But many turn out to be not just confident but arrogant and entitled. Instead of being bold, they’re merely impulsive. They lack empathy and exploit others without compunction. They ignore expert advice and treat those who differ with contempt and hostility. Above all, they demand personal loyalty. They are, in short, raging narcissists.
Charles A. O’Reilly, the Frank E. Buck Professor of Management at Stanford Graduate School of Business, studies how the personalities of leaders shape the culture of organizations and the behavior of those who work in them. In a paper with Jennifer Chatman of the University of California, Berkeley, he reviews the literature on narcissistic leaders, encompassing more than 150 studies, and draws some somber and urgent conclusions.
“There are leaders who may be abusive jerks but aren’t really narcissists,” O’Reilly says. “The distinction is what motivates them. Are they driven to achieve some larger purpose? Do they really want to make the company or the country better, or accomplish some crazy goal like making electric cars mainstream and maybe colonizing Mars along the way? Or is it really all about their own aggrandizement?”
...Because narcissists are fundamentally driven by their own self-interest, lack empathy, and are less constrained by ethical standards, they can cause tremendous harm once in power and can even put the organizations they lead at risk, O’Reilly says.
Field studies have shown that narcissistic CEOs are more likely to engage in fraud and other types of white-collar crime, manipulate earnings, and pursue aggressive tax avoidance. And a 2013 study of U.S. presidents found that those who scored higher on the narcissism scale were more likely to abuse their authority (not to mention, on a personal level, their marriage vows).
Along with Bernadette Doerr of UC Berkeley, O’Reilly recently published the results of three experiments showing that narcissistic people in general have lower levels of integrity — meaning their words and deeds do not align — and that that they are more likely to lie, cheat, and steal in order to prove their special status.
Ascending to a position of power only reinforces these tendencies, O’Reilly says. “Being elected or appointed to office validates their sense of entitlement. At the same time, even without narcissism, power disinhibits — it encourages people to indulge their worst instincts — so now you’ve got the two working together.”
And when narcissists do achieve some success, it reinforces their belief that they know better than others, so that they feel even more justified in ignoring the advice of experts and relying on their own instincts. “Success chips away at their hold on reality,” O’Reilly writes in his review.
Not surprisingly, studies also show that narcissists’ belief in their superiority is based on scant evidence, validated neither by objective measures of intelligence or competence nor by performance reviews from peers or subordinates. One recent paper on corporate decision-making found that grandiosity in leaders was associated with greater risk-taking but not better financial returns.
As a result, narcissists often feel they don’t receive the admiration and credit they deserve, and they can seem pathologically consumed with resentment. That can take the form of petulance, aggression, unhinged public rants, and abuse of underlings. Narcissistic CEOs often involve their firms in costly litigation. In the narcissist’s worldview, other human beings must be either acolytes or enemies...
From: https://www.gsb.stanford.edu/insights/how-narcissistic-leaders-destroy-within

Posted by Pierre-Joseph Proudhon at 6:25 AM No comments: