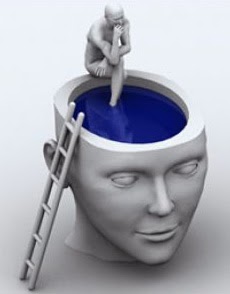 Posted by Pierre-Joseph Proudhon at 3:45 PM No comments:

The director of the University of Otago's marketing and communications division has been accused of bullying and being responsible for a ''toxic'' environment in the division.

The accusations against Virginia Nicholls were made at an Employment Relations Authority (ERA) case in Dunedin yesterday by former head of marketing services Kerry Kirkland, who claims she was unjustifiably dismissed and is seeking more than $270,000 in compensation from the university.

The accusations were supported by two other former staff members - including Dr Kirkland's predecessor - who agreed Ms Nicholls bullied staff and created an unhealthy environment in the division.

Dr Kirkland said the university failed to adequately address problems in the division.

''The work environment was toxic and the university had knowledge of the problems but refused to acknowledge or remedy this which is what made the working relationship untenable,'' she said in a statement provided to the authority.

''I found the atmosphere in the department to be oppressive and staff members were distraught about the situation with Ms Nicholls and how they had been treated by her.''

Her relationship with Ms Nicholls got to the point where she went on stress leave in February this year after a doctor provided a medical certificate saying her work environment was harmful to her health.

The university responded on March 20 with a letter saying Dr Kirkland could not return to work unless she had a medical certificate saying she had ''recovered'' enough to return to work in the ''existing environment''.

She was later sent a letter dismissing her from her position on May 16 on the grounds of ''medical incapacity''.

Dr Kirkland argued the condition requiring her to get a medical certificate before returning to work was illegal and impossible to fulfil.

She said her relationship with Ms Nicholls deteriorated after allegations made by other staff members that she had been ''rude'' in meetings were repeatedly brought up by Ms Nicholls.

She felt the allegations were unfounded and was disappointed they were not investigated by the university thoroughly enough for either her name to be cleared or for her to be able to learn from her behaviour.

Under cross-examination of Dr Kirkland, counsel for the university Barry Dorking asked if comments made by her during the meeting with one of the staff members could be perceived as being ''rude''. Dr Kirkland replied saying ''clearly'', but said she was merely doing her job.

After being questioned by ERA member David Appleton about the ''extraordinary amount'' of compensation she was seeking, Dr Kirkland said she was still having problems sleeping. Her experience had resulted in a loss of confidence, damage to her reputation and she was yet to find a full-time permanent job.

Dr Kirkland's predecessor, Ruth Mackenzie-White, told the authority she left the university because of her relationship with Ms Nicholls.

''I regularly felt bullied by Ms Nicholls and I was frequently in tears in my one-on-one meetings with her due to the way she spoke to me.''

Former staff member Kate Kidson, who left the division this year, also backed Dr Kirkland, saying in a statement to the ERA she ''witnessed'' Ms Nicholls bullying Dr Kirkland. She also talked about the unhealthy culture in the division.

''In my opinion, there was a culture of fear at the department of marketing services.'' She was present at one of the meetings where Dr Kirkland was accused of being ''rude'' and did not believe the accusation was correct.

Under cross-examination from counsel for Dr Kirkland, Len Andersen, Mr Sim accepted there were problems in the division, but stood by comments that none of the about 70 allegations he uncovered ''could reasonably be described as bullying'' - a comment he made in a letter to the court.

Mr Appleton said he did not ''understand'' how some of the allegations made by Dr Kirkland to Mr Sim could not be described as accusations of bullying.

Mr Sim replied to his questions saying, ''bullying is an easy word to use, but whether there is any substance [to claims of bullying] is another question''.

He had met division staff in February and told them they could raise any concerns over Ms Nicholls' behaviour, for a period until June 30, directly with him.

Ms Nicholls was also asked to participate in a leadership course.

Asked if the environment had improved since, he said, ''Yes, I think [it has] improved significantly.''

He mentioned, based on his experience, that Dr Kirkland could be ''abrupt'' and recalled his first meeting with her, saying she told him: ''They tell me you can be ... a difficult person to deal with.''

He also recounted a meeting he had with Dr Kirkland in February at which he told her the university was not going to discipline her over accusations she had been rude in meetings with other staff.

At the meeting, he offered for the university to investigate the claims of rudeness made against Dr Kirkland.

Mr Appleton said there was confusion over whether the investigation offered would involve disciplinary action against Dr Kirkland.

Mr Patrick replied saying the investigation would not have been part of any disciplinary action.