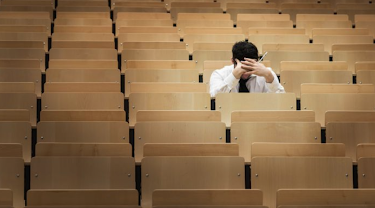 ...Depending on how determined a university might be to scale the research ladder, it could go as far as recruiting an entire suite of research “superstars” from overseas on a part-time basis, fly them in occasionally to Australian shores, maybe for a few weeks to give a masterclass or workshop, and then just as quickly fly them back out again to their respective home campuses. These “fly in/fly out” professors would, in return, hand over their bulky CV’s to their Australian hosts, who would put these towards the goal of climbing up the ERA ladder, in the hope of one day reaching the highest rung — the stratospheric “well above world standard” (whatever that means).

...The teaching-research nexus is further undermined when those who are charged with teaching duties are saddled with increasingly heavier teaching loads each year, so as to help fund the activities of the full-time researchers and the institutes that house them. As a result, a lecturer’s capacity for original research and to remain up-to-date in their field is weakened, and students do not get the benefit of the kind of expertise that should be part of a higher education.

A further consequence concerns the ways in which research is controlled and circumscribed, where the attempt to ascend the league tables or attract greater funds or citations increases the pressure towards hyper-specialisation and publication in a narrow band of outlets (usually obscure journals with ridiculously low acceptance rates).

A tragic case in point is Stefan Grimm, Professor of Toxicology at Imperial College London, who had, by any reasonable measure, established a highly productive track-record over two decades in his field of research. Despite this, he was told he would, effectively, be fired if he did not bring in an “attributable share” of £200,000 per year in research funding. In September 2014 he killed himself, at the age of 51. In an email circulated to his colleagues shortly before his death, he wrote about his university’s managers: “What these guys don’t know is that they destroy lives. Well, they certainly destroyed mine.”

...Among the countless, painfully familiar comments on blogs and op-eds, I came across the following from an anonymous academic: “Here I am — I’ve ‘made it’ — and all I feel is resentment, burnout, and bitterness towards the university and the system.” Another, after going year in, year out, from contract to contract and campus to campus, eventually acknowledges: “I’m done, I can’t do this anymore. It’s not me; it’s the system. The system is broken. I am not a failure; the system failed me.”

The grief and anger, however, gradually morph into contentment and joy as one moves beyond the academy, finding in the most unexpected places (even the corporate sector) what one was denied for so long: their voice and dignity, a sense of liberation, feeling valued and fulfilled, and an anxiety-free work-life balance to boot...

The movie version of Wayne’s World ends in disaster: having sold out to the corporate world, Wayne ends up being fired from the very show he helped create, losing his girlfriend, and even losing his house and his friend Garth to a fire. But, being Hollywood, the plot is revised in order to reveal the “true ending” where its characters are reconciled to one another and finally find love and success.

The university sector in Australia has been in crisis for some time now — a condition that has been recently exacerbated by the loss of international revenue and the prospect of huge staff cuts due to the pandemic, as well as by government attacks on subjects like philosophy which do not produce “job-ready graduates” (or so federal education minister Dan Tehan says). But this also provides the university sector with a unique opportunity, if not its “last chance,” as it was recently put by Simon Cooper.
To seek to justify the value of higher education by “spruiking the economic and technocratic achievements of the university is to learn nothing at all,” writes Cooper. A wholesale reconceptualisation of the nature and purpose of the university is required...

Posted by Pierre-Joseph Proudhon at 4:09 PM No comments: