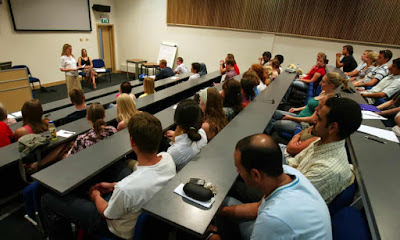 UK universities have spent nearly £90m on payoffs to staff that come with “gagging orders” in two years, raising fears that victims of misconduct at higher education institutions are being silenced.

As many as 4,000 settlements, some of which are thought to relate to allegations of bullying, discrimination and sexual misconduct, have been made with non-disclosure agreements (NDAs) attached since 2017.

The figures, uncovered by the BBC, have prompted allegations that universities are deliberately using gagging orders to stop grievances becoming public. Dozens of academics told the corporation they were made to sign NDAs after being “harassed” out of their jobs following the raising of complaints.

There are wider concerns that non-disclosure agreements, designed to stop staff sharing trade secrets when moving to a new employer, are being misused to silence workers highlighting misconduct.

Universities UK (UUK), which represents higher education institutions, said NDAs were sometimes used to protect information about research but that they should not be exploited to silence victims.

“Universities use non-disclosure agreements for many purposes, including the protection of commercially sensitive information related to university research,” UUK said. “However, we also expect senior leaders to make it clear that the use of confidentiality clauses to prevent victims from speaking out will not be tolerated. All staff and students are entitled to a safe experience at university and all universities have a duty to ensure this outcome.”

Using freedom of information laws, the BBC obtained information from 96 universities showing £87m was spent on settlements that included gagging clauses in the past two years.
It is not clear how many of the payouts relate to allegations of bullying, harassment or sexual misconduct as many of the institutions were unable to disclose why the NDAs were signed.

Anahid Kassabian, a former music professor at the University of Liverpool, broke her NDA to reveal how she felt like she was “bullied out” of her job and treated as a “burden” after being diagnosed with cancer.

Kassabian, 59, who worked at the university for 10 years, said: “We all think we’re isolated and alone, sobbing over past wrongs, when in fact there are many, many of us, and if we could speak to each other it would feel very different.”

The academic, who also has multiple sclerosis and fibromyalgia, said she believed her medical conditions meant her ability to work was called into question and that the causes of the emotional stress she was under were not properly addressed.

The BBC has reportedly seen documents suggesting the university felt it had done all it could to support Kassabian.

The University of Liverpool told the corporation: “We refute these allegations in the strongest possible terms. Ms Kassabian was not subject to discrimination or bullying and the university did not fail to make reasonable adjustments.

“Settlement agreements with a standard confidentiality clause are used for a range of cases including conduct, capability and redundancy. As we too are bound by confidentiality, we are unable to provide specifics in relation to her case.”

Posted by Pierre-Joseph Proudhon at 4:07 PM No comments: