Keys to Spotting a Flawed CEO - Before it's too late

The Warning Signs • An overt zeal for prestige, power and wealth. A manager's tendency to put his or her own success ahead of the company's often is evident long before that person is ready to assume the CEO post.

A reputation for shameless self-promotion. Executives who constantly seek publicity, are always looking for a better job or trumpet their successes while quickly distancing themselves from setbacks are sending strong signals that their egotistical ways may eventually cause major problems.

• A proclivity for developing grandiose strategies with little thought toward their implementation. These executives may assume that others at lower levels will magically turn strategy into reality.

• A fondness for rules and numbers that overshadows or ignores a broader vision. This is the flip side of the preceding problem.

• A reputation for implementing major strategic changes unilaterally or for forcing programs down the throats of reluctant managers. CEOs have to be consensus builders.

• An impulsive, flippant decision-making style. CEOs who approach decision-making with clever one-liners rather than with balanced, thoughtful and informed analyses can expect to encounter difficulty.

• A penchant for inconsiderate acts. Individuals who exhibit rude behavior are apt to alienate the wrong person at the wrong time.

• A love of monologues coupled with poor listening skills. Bad listeners rarely profit from the wisdom of their associates.

• A tendency to display contempt for the ideas of others. Hypercritical executives often have few stellar accomplishments of their own.

• A history of emphasizing activity, like hours worked or meetings attended, over accomplishment. Energy without objective rarely leads to improved organizational performance.

• A career marked by numerous misunderstandings. There are two sides to every story, but frequent interpersonal problems shouldn't be overlooked.

• A superb ability to compartmentalize and/or rationalize. Some executives have learned to separate, in their own minds, their bad behavior from their better qualities, so that their misdeeds don't diminish their opinions of themselves. An important internal check is missing. Others are always ready to cite a higher purpose to justify their bad decisions.

Dr. Leap is a Professor of management at Clemson University. From: The Wall Street Journal
Posted by Pierre-Joseph Proudhon at 3:45 PM 4 comments:

A tribunal has found the former vice-chancellor of Brunel University, Steven Schwartz, guilty of victimisation after he publicly implied that two former colleagues had behaved dishonestly, writes Melanie Newman. After Brunel staff members Gurdish Webster and Saeed Vaseghi lost claims of race discrimination against the university in 2005, Professor Schwartz sent two circulars around Brunel criticising the pair, whom he did not name.

Bemoaning the expense of defending the cases, he referred to the two as having made "unwarranted demands for money" and described their claims as "unfounded", "unmeritorious" and "futile".

"The cost of the defence exceeded £60,000," wrote Professor Schwartz. "This is money that could have been used for teaching and research." He criticised the then Association of University Teachers for using "members' funds to support futile litigation".

Professor Vaseghi told the tribunal that the message "echoed around the campus" and that as "the high priest of the university", Professor Schwartz's words were accepted without question.

The tribunal concluded that the claimants' sense of grievance was reasonable and justified. "Professor' Schwartz's assertion that the claimants had made unwarranted demands for money was an implicit assertion of dishonesty on their part," it said. The earlier tribunal, while dismissing the cases of discrimination, had accepted that they were made in good faith.

Professor Vaseghi and Ms Webster were awarded £7,500 each as compensation for injury to their feelings. The tribunal said Professor Schwartz and the university were equally responsible, so each should be liable for half of each award.

Sally Hunt, general secretary of the University and College Union, said: "The findings of the tribunal are important because members of black and minority ethnic communities often feel intimidated and fearful of making legitimate claims of discrimination against their employer."

A spokesperson for Brunel said: "We are taking time to consider the judgment in detail."

From: http://www.thes.co.uk/ by Melanie Newman
Posted by Pierre-Joseph Proudhon at 8:54 PM 6 comments:

Many workers think their annual appraisals are a waste of time, saying they do not trust their boss to be honest or to take much notice of what is discussed, a survey released on Monday said.
The research found a quarter of respondents thought managers simply regarded the reviews as a "tick-box" exercise while one in five accused their bosses of not even thinking about the appraisal until they were in the room.

Almost half (44 percent) did not think their boss was honest during the process, 29 percent thought they were pointless, and a fifth felt they had had an unfair appraisal, according to the YouGov poll of just under 3,000 workers.

Only a fifth believed their manager would always act on what came up during the review and 20 percent said their boss never bothered to follow up any concerns raised.

However four out of 10 thought appraisals were a useful guide to an individual's progress and just under a third thought they were helpful.

Many said they would prefer more regular feedback, which might explain why 40 percent said they had been surprised at what they were told during an appraisal, said Investors in People, the organisation that commissioned the survey.

"It is encouraging that many people now receive an annual review and the research suggests that they find the feedback useful," said Simon Jones, Acting Chief Executive of Investors in People.

"But, it is also a concern that some managers may be letting down their employees by failing to give full and frank feedback.

"It's a great chance for managers to make sure their employees feel challenged and valued for the year ahead, rather than unmotivated and without guidance."

The survey found those working in the public sector were the most negative about appraisals while those employed in accountancy and financial services were more likely to see them as useful. 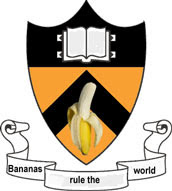 This blog was set up out of frustration with certain events at the University of Lethbridge [Canada]. Some of the senior admnistrators seem bent on eliminating criticism and they take harsh action when openly challenged. Student concerns are sometimes dismissed out of hand. It is getting increasingly difficult to understand how the faculty association (ULFA) is offering protection for faculty caught up in this.

Faculty members’ relationship with the administration and university as a whole are governed by the Faculty Handbook. The handbook also outlines the procedure for promotion and tenure, for filing grievances and so forth. It is this handbook that a number of faculty members accuse ULFA of abandoning or selectively applying, leaving the members to fend for themselves...

...in October 2007, Prof. Robinson was so frustrated by all of this that he posted all of his documentation on the issue on a website he provocatively called “One Banana Short of a Republic” and wrote an open letter to the University administration in the student newspaper in which he advertised the site. The university administration was outraged and the Dean of A&S gave Prof. Robinson 5 days to remove the site (which is hosted on a private webhosting service) and to have the student newspaper publish a full apology or face unspecified disciplinary action.

At the advice of his lawyer, Robinson refused, and instead scanned and posted the dean’s letter on what is now called by many at the U of L “The Banana”. In turn, the dean wrote to Robinson informing him that he has recommended to President Cade that Robinson be suspended for two months without pay for “Gross Professional Misconduct”. He cited certain portions of the ULFA Handbook (that Robinson alleges do not really apply) and what is called FOIP (the “Freedom of Information and Privacy” laws in Alberta). This letter has also found its way to the Banana...

From: http://constructiveinsubordination.wordpress.com/
Posted by Pierre-Joseph Proudhon at 9:26 AM 2 comments: