...Cindy starts by making negative comments about the target and seeing who is supportive or indifferent to her beliefs. Its starts small but over many months others start to listen. She begins to weave a web in the truest sense of social psychological manipulation by trying to create a wedge between the target victim and potential supporters. She gets others emotional involved by highlighting differences and making up stories to encourage others to lie, snub, attack or hurt the victim...
...She turns normally reasonable people into co-conspirators in the abuse. Almost none of them have the capacity to step above the rhetoric to see that perhaps it is they who are now guilty of the same behaviors. As they begin to act on the victim they also blame the victim for defending him/herself. This is where things can begin to escalate without taking direct action. The reaction of the victim now becomes a reason for more abuse because the context has been distorted...

1. Rumors to Manipulate and Proxy Others: Add a word, take a word, share only part of the information, expand things, tell people "juicy" information nuggets that get them upset. Rumors and lies are designed to do damage and are a form of aggression. Bullies spread rumors to get people to "gang" up on someone and punish them for perceived wrong doings. The actual wrong doings may have nothing to do with what the bully says. The inflammatory and often delusional stories are designed to excite and anger others to get them to act.

2. Covers Feelings of Powerlessness: Bullies feel powerless. Somewhere in their life they were left damaged and traumatized. Lying, bullying, and manipulating others seeks to create a sense of power. That power comes from influencing others through manufactured crisis. You can tell the passive-aggressive powerlessness by watching how they have made a habit talking negatively about others. There is constant comparisons. Its a pattern of feeling powerless and then trying to control others through anti-social behavior (clinical definition).

3. It Lowers Feelings of Guilt: When you have friends and people agree with you, even if they were provided with lies, you don't feel as guilty. The inner turmoil the bully feels is mitigated by their support network who doesn't question the logic being offered. Most of us know from experience that people just sort of agree with us if we don't give all of the information or are not making it explicitly clear that we want "honest" feedback. Thus our friends and family members help us feel as though we are "right" thereby reducing the cognitive dissonance associated with guilt.

4. Groups Take Less Responsibility: We have all watched shocking videos on YouTube, News, or the Web where groups have brutalized someone; even killing victims in plain sight. Sometimes that person has done nothing wrong except try and avoid being in a conflict. If you are a police officer, or sheriff, much of their job is dealing with issues related to the inability of people to take responsibility. Even criminals that have been convicted through evidence and a court of law scream it wasn't their fault all the way to prison! The more people a bully can get involved, the more damage they cause and the less responsibility the bully takes. Sometimes groups become so destructive they openly attack people in public in front of a crowd of bystanders.

5. It Hides Painful Secrets: Bullies are all about hiding their pain. Bullying is a form of aggression based on trauma. This is one of the reasons why aggression is so pathological. As the bully projects onto a target, he/she takes the spotlight off of themselves and puts it on the victim. The bully no longer needs to deal with their issues because the target is forced to take responsibility for them. This is one reason why much of what bullies say are more a reflection of the bully's issues. Targets are not chosen randomly. Usually they are people the bully envies and often are intelligent, sensitive, and caring.

6. Bullies Need Validation: Bullies need validation that they are important. Somewhere in their life they were made to feel unwanted. This is the tragedy that bullying creates more bullies. Their boundaries were often violated by parents, uncles, and others. When they get people to support their behavior they feel a sense of validation that they are important. Attacking others puts them somewhere above the victim. Proxies help validate the "worthiness" of the bully and the "worthlessness" of the victim.

Posted by Pierre-Joseph Proudhon at 8:43 PM No comments:

Academic bullying is too often ignored. Here are some targets’ stories... 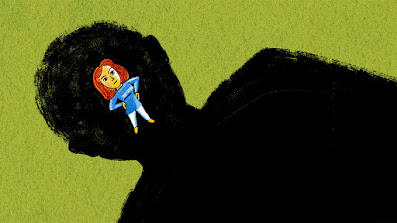 “I frequently vomit before going to the lab.”

“I wanted to become a professor, but after the treatment and behavior of my PI [principal investigator] and department, I do not want to ever be involved with academia again.”

“It was ~ 1 year before I realized that being told by my PI that I had 45 seconds to go to the toilet was inappropriate and an invasion of my privacy.”

These are just a few of the 1904 anonymous responses that poured in when Sherry Moss and Morteza Mahmoudi invited scientists to describe their experiences with academic bullying. The vast majority—71%—of respondents who experienced bullying did not report the behavior to their institution, mostly for fear of retaliation. Of those who did report, only 8% found the process to be fair and unbiased, according to a preprint posted online this week.

The findings lay bare the inadequacy of the reporting process at many institutions, says Mahmoudi, an assistant professor at Michigan State University who experienced bullying earlier in his career and co-founded an antibullying nonprofit called the Academic Parity Movement. “All of the investigations happen inside the institutions—there’s no accountability.”

He notes that institutions may want to protect top-performing academics, especially those who bring in a lot of money, and have a vested interest in preventing complaints from becoming public. One possible solution, he adds, would be to establish a national or global committee on academic behavior ethics, which could investigate allegations of abuse more impartially.

Many of the survey responses were hard to read, say Mahmoudi and Moss, a professor at Wake Forest University—especially those that described serious mental health challenges. But sharing them is an important step toward changing culture. To that end, Science Careers compiled a sample of responses from the survey, with a focus on those who reported or confronted bullying behavior—sometimes resulting in positive outcomes, but more frequently not.

The responses have been lightly edited for grammar and clarity.

I first spoke up, but this made the situation worse. Then, I reported to higher level people in my department and then to the dean’s office. They destroyed my life and my scientific identity as well as my dignity. They crushed my entire career.

I talked to the ombudsman and the dean who both supported me and [took steps to ensure] my appointment wasn’t canceled. It was cut short but not as much as initially threatened. I got therapy hours from the institute to help cope (10 hours) and meetings with the ombudsman to keep contact and let me know they hadn’t forgotten about me.

I complained to the head of the department, the head of faculty, and the university legal department. All were only concerned with protecting the university. I told them research is suffering and somebody is going to commit suicide if they don’t fix the problem. It was terrible. Nobody cared...

Posted by Pierre-Joseph Proudhon at 8:21 PM No comments: