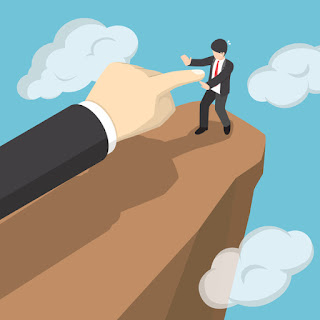 "...When bullying/mobbing occurs, it tends to be long-standing. McKay et al. (2008) found that 21% of their sample reported bullying that had persisted for more than five years in duration. In our 2008 study, 32% of the overall sample (faculty, staff, administrators, etc.) reported bullying lasting for more than three years. This percentage increased to 49% when we focused on faculty.
It may be that academia is a particularly vulnerable setting for such persistent aggression as a result of tenure, which has faculty and some staff in very long-term relationships with one another. Both conflict (Holton, 1998) and aggression (Jawahar, 2002) research note that the longer and more interactive the relationship, the greater the opportunity for conflict and potential for aggression.
Further, while ensuring a “job for life,” tenure may also restrict mobility so that once a situation goes bad, there are few options for leaving. Zapf and Gross (2001) observed that the number of actors was linked to the duration of bullying. They found that the more people who joined in the situation, the longer it went on, concluding that it may become increasingly difficult for witnesses/bystanders to remain neutral as bullying proceeds and intensifies.
Given the preceding discussion, once bullying begins, and the longer it is permitted to continue, the more likely it is that other colleagues will be drawn into the situation—possibly accounting for the higher incidence of rates of mobbing among faculty (Westhues, 2006)...
Cultures that “breed” bullying and hostility are variously characterized as competitive, adversarial, and highly politicized, with autocratic or authoritarian leadership that does not tolerate nonconformity (Hoel & Salin, 2003). These are conditions that appear contrary to the academy’s espoused notions of collegiality and civility, grounded in the “sacred” values of academic freedom and autonomy..."

From: https://provost.baruch.cuny.edu/wp-content/uploads/sites/5/2019/08/Keashly-and-Neuman-Bullying-in-Higher-Ed-2010.pdf
Posted by Pierre-Joseph Proudhon at 9:03 AM No comments:

Leaders who yammer “transparency”: The more we hear it, the less we see it...

...So many senior managers and executives, public officials, and non-profit directors yammer endlessly about their commitment to transparency, especially when they assume their new positions...

Often much sooner than later, a certain dissonance creeps into the rank-and-file. Hmm, our Great Leader keeps talking about transparency, but why don’t we know the details about what’s going on? The reality doesn’t seem to be matching the rhetoric.

Maybe someone has the temerity to raise this discomfort at a staff meeting, town hall forum, or coffee hour. More often than not, the response will be a defensive one, perhaps with an explanation that would make George Orwell’s head spin. I’m being transparent by telling you that I choose not to share this with you!

Eventually, the Great Leader stops using the T word. It’s passé, a term of the past (i.e., beyond a year after the Great Leader’s arrival), and at this point unnecessary. Business as usual is once again the norm, except it’s possible that there’s even less transparency than ever before. That truth will become, uh, transparent to most, but by then the options for doing anything about it will be limited.

https://newworkplace.wordpress.com/?s=transparency&submit=Search
Posted by Pierre-Joseph Proudhon at 9:41 PM No comments: