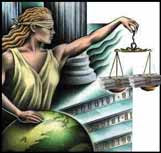 A long-running bullying case between two senior members of staff at Dublin Institute of Technology's business faculty has been resolved. This has led to the withdrawal of all allegations made against the director of the business faculty, Paul O'Sullivan, by his junior colleague, Dr James Urquhart.

Under the terms of an agreement with the college, Dr Urquhart is believed to have received a severance package worth more than €250,000. In return he has agreed to leave his post as head of DIT's graduate business school. However, it is understood that while he has vacated his post with immediate effect, he remains on the college payroll.

The case, which first commenced in January 2004, revolved around allegations of bullying and harassment levelled by Dr Urquhart against Mr O'Sullivan and which have now been withdrawn fully. An independent investigation by a rights commissioner examined 31 complaints and upheld six of the allegations in December 2005, one of which was subsequently overturned by DIT. The majority of the other complaints were not upheld by this investigation, which included interviews with a range of witnesses and DIT president Prof Brian Norton. The investigation found that Dr Urquhart had sustained a case of bullying against Mr O'Sullivan.

The findings of this report have now been set aside and all allegations withdrawn by Dr Urquhart. Mr O'Sullivan is understood to have sought to clear his name through an appeal of the findings of the report, and is believed to have been confident that this would transpire during any appeals process.

However, Dr Urquhart through his union, the Teachers' Union of Ireland (TUI), was also unhappy with DIT's interpretation of the report's findings and launched an appeal. The matter came to a head last month when the former chairman of the Labour Court, Finbarr Flood, who was appointed to handle the appeals process, succeeded in securing an agreement. Mr O'Sullivan incurred significant legal costs as a result of the long-running case. However, it remains unclear what percentage, if any, of the legal costs incurred by Mr O'Sullivan and the TUI have been met by DIT under the terms of the agreement.

The amount to be paid to Dr Urquhart is thought to include the equivalent of 18 months' salary, plus additional pension benefits and other monies. The agreement includes a commitment not to pursue any further disciplinary or other action in relation to the matter. It also includes a clause containing a commitment that no officer of DIT would be pursued legally or any further allegations about the matter made against them. Mr O'Sullivan and Dr Urquhart have agreed to a confidentiality clause and refused to comment. When contacted by The Irish Times a spokeswoman for DIT refused to comment.
Posted by Peter Kropoktin at 7:11 PM

According to the Irish Independent, the Dublin Institute of Technology ran up bills of 300,000 euro for legal, stenography and other charges in a 40 day Rights Commission hearing, and have agreed to pay a portion of the "substantial" legal bills of the alleged (actually upheld) bully.
http://www.independent.ie/national-news/college-bullying-saga-cost-taxpayer-euro500000-654509.html

Why does this not surprise me about Dr. James Urquhart?

This does not surprise me about Dr Urquhart as he also took his daughter to court on a completely seperate matter.