Interception and Monitoring of Communications in FE and HE 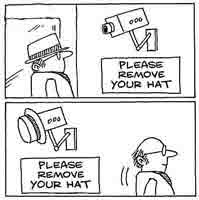 '...Interception and monitoring legislation is a potentially contentious area for colleges and universities. It is important to strike a balance between the need on occasions to intercept or monitor communications (e.g. by the police for the prevention or detection of crime, or by the college or university itself for operational purposes) and the privacy and freedom of expression rights of the individual whose communications may be intercepted.

New laws were therefore introduced to take account of advances in technology and to attempt to address the interests of both camps.

...It is important to emphasise at the outset that any interception should be regarded as exceptional by nature and must always be done on a clear legal base. Any action taken should always be directed to a statutory provision and must be proportionate to that purpose.

...The Regulation of Investigatory Powers Act 2000 ('the RIPA') rovides that to intentionally and without lawful authority intercept a communication on a private system (e.g. the JANET connection) in the course of its transmission, unless it is done or authorised by someone with the right of control e.g. the Principal or his IT manager acting on his authority, is a criminal offence.

It should also be noted that whilst it may not be a criminal offence for someone with the right of control or authorised, to intercept on a private system, there may be grounds for a civil action for damages if there is no lawful authority to intercept...

None of these examples should be taken as providing unlimited interception powers to colleges and universities and heed should always be paid to the purpose of the interception and the legal basis on which it is done. Staff and students should be clear as to the level of monitoring which may take place.

Essentials for colleges and universities

Colleges and Universities as a minimum should have the following in place. An email and internet policy which: Having these policies and procedures in place will aid in compliance with the law but cannot guarantee complete protection in what is recognised as a difficult area of the law which in many respects has still to be interpreted by the courts.'
------------------------------

The above does not allow for much flexibility and since electronic communications are relatively new, as the author states it 'is a difficult area of law which in many respects has still to be interpreted by courts'.

Most universities are likely to have in place an Acceptable Use Policy, along the lines of:

The University seeks to promote and facilitate the proper and extensive use of Information Technology in the interests of learning and research. Whilst the tradition of academic freedom will be fully respected, this also requires responsible and legal use of the technologies and facilities made available to students and staff of the University... The University fully reserves the right to monitor e-mail, telephone and any other electronically-mediated communications...

And this is where the grey area appears, i.e. academic freedom will be fully respected BUT the university reserves the right to monitor... and if needed - or if convinient - apply disciplinary penalties. The end result is some daring individuals testing the system, or self-censorship.

A report released by the Foundation for Individual Rights in Education (FIRE) reveals that burdensome restrictions on speech are commonplace at America’s colleges and universities. The report, entitled Spotlight on Speech Codes 2006: The State of Free Speech on Our Nation’s Campuses, surveyed more than 330 schools and found that an overwhelming majority of them explicitly prohibit speech that, outside the borders of campus, is protected by the First Amendment to the U.S. Constitution.

And here is a daring academic that challenged the system... The true story of the world precedent legal ruling on email privacy.
Posted by Louise Michel at 10:11 PM

Communications Monitoring conflicts with true scholarship and should be banned completely. There are morally correct means to achieve what communications monitoring is claiming to.

Communications monitoring is done on a daily basis, often by project supervisors who spend most of their time doing consultancy work outside the university. It is justified by universities as a need to monitor performance and is done without warning the researcher.

Communications Monitoring provides the perfect platform for those senior academics/researchers to lift material from a researcher's space on the server as well as from his/her emails. Attempts by the researcher to establish his/her academic career, including obtaining research funds independently can be sabotaged by the senior researcher or academic. Sometimes ideas that are still being debated or are still in their infancy are hijacked by a morally-deficient (and ideas-deficient) senior researcher. The researcher is left with nothing to support his/her case but by pointing out to the sudden change in that academic's demonstrated line of thought or quality of work, which is usually attributed by a greedy university to the "natural evolution" in that academics thinking, even if it is a step change from what that academic has been doing for over a decade with the same research topic.

The problem is made worse when his colleagues collude and distribute the ideas among themselves like a "war booty", or if the academic passes on the idea to a favoured researcher.

Indeed. Monitoring can be used for various reasons beyond the so called 'legitimate' reasons. Those that hold the keys are never really accountable. They are a law upon themselves.

I remember a trick I played to one of our IT persons who I knew was monitoring my email. I wrote in an email something implicating him - I had the evidence - and when he read my email he got so scared, he went and confessed by himself!

I also know of staff who never use the university's network and use only their own email to communicate, thus by-passing the controlled network.

Regarding supervisors monitoring staff emails to take their ideas from them, why is it that nothing surprises me?