Dealing With Bullies [In Academia] 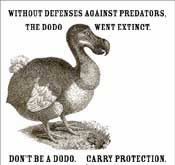 You are now the head of a large unit in which you have been a faculty member for many years. Until you became head, you were not fully aware of the problems with one of your colleagues, Professor Choler. Now you feel besieged by complaints from staff members about his treatment of them.

You remember, over the years, having received Choler’s periodic e-mail messages — sent to the whole department — complaining about one matter or another, but since most of them didn’t affect you directly, you paid little attention. You also knew that Choler could be unpleasant at faculty meetings, but he didn’t attend very often, and most of his complaints were ruled out of order.

Now both the messages and the conduct have become your business. In his typical e-mail message, Choler describes a problem, personalizes the fault to a single individual, and recommends a solution that usually involves humiliation, if not discipline, for that person. The people he targets (or, in some cases, their union representatives) are the ones complaining to you and demanding that you take action.

In addition, a few faculty members have asked you to “get this e-mail thing under control". At meetings Choler uses the same general tactic, usually going after a particular person with strong language and in a loud voice. This makes some people so uncomfortable that they will not attend a meeting if they see him in the room. There is no evidence in the files that anyone has ever spoken to Professor Choler about his e-mail tirades or his conduct in meetings.

What do you do?

Some difficult people are merely minor irritants: Others learn to avoid them as much as possible, and the overall working environment is not badly compromised. But a person who targets others, makes threats (direct or indirect), insists on his or her own way all the time, or has such a hair-trigger temper that colleagues walk on eggshells to avoid setting it off, can paralyze a department.

In the worst cases, this conduct can create massive dysfunction as the department finds itself unable to hold meetings, make hiring decisions, recruit new members, or retain valued ones. When I first got involved in helping department heads cope with such people, my colleagues and I used concepts and approaches we gleaned from studies of bullies.

The bullies I have encountered in the academic environment come in many forms, from those who present themselves as victims, all the way to classic aggressors who rely on physical intimidation. In academe and other settings populated by “knowledge workers,” one often encounters other kinds of bullies as well, including “memo bullies” (who send regular missives to a long mailing list) and “insult bullies” (destructive verbal aggressors).

Whatever their approaches, bullies are people who are willing to cross the boundaries of civilized behavior that inhibit others.

They value the rewards brought by aggression and generally lack guilt, believing their victims provoked the attacks and deserve the consequences. Their behavior prompts others to avoid them, which means that, in the workplace, bullies are likely to become effectively unsupervised.

I’ve seen secretaries, faculty members, and businesspeople who were so unpleasant to deal with that they were neither given the same duties as others in their environment nor held accountable for the duties they did hold. Aggressor bullies fit the usual idea of a bully: They threaten to beat you up if you don’t give them your lunch money. Victim bullies, in contrast, demand your lunch money because of some harm they claim you’ve done to them.

While many workplaces have bullies, institutions of higher education may be especially vulnerable to them because of some of the distinctive characteristics of academe. First, bullies flourish in the decentralized structure of universities: the isolation of so many microclimates, from laboratories to small departments, creates many opportunities for a bully to run roughshod over colleagues. Then too, the bullies of academe typically manipulate the concepts of academic freedom and collegiality with flair. The propensity of bullies to misuse these central academic concepts only adds to the importance of being well grounded in those concepts yourself. If you have a firm understanding of what academic freedom is and what it is not, you’ll be better prepared to cope with those who try to distort the concept for their own ends.

Another reason people in academe are generally unprepared to deal with bullies is that bullies are relatively rare. They are what is known as “low-incidence, high-severity” problems: one in which the problems don’t arise very often, but when they do they are so serious that they can threaten the integrity of the environment.

For prevention of bullying, creating and maintaining an environment in which respectful professional interactions are expected and reinforced is the most powerful approach. When unprofessional or uncivil conduct occurs in the work-place, it’s important to nip it in the bud. The tone of your response should be nonconfrontational: “Oh, I’m sorry, maybe we forgot to tell you that we don’t act that way here.”

Dealing with the problem head-on and promptly is critical. If someone is verbally abusive to staff or threatens physical violence, the appropriate penalty must be imposed. Any other response only erodes the trust of those who work hard to do the right thing. Similarly, ignoring or tolerating inappropriate conduct in the workplace sends the message that the way to prosper is to misbehave.

How to Handle a Bully

I once got a request from a department administrator (let’s call him Holmes) for advice about how to deal with a visiting faculty member (and let’s call him Cooper) whose contract was to expire in just a few weeks. Cooper had been verbally explosive all year, so people had learned to tread gently around him. But recently his volatility had increased, and a colleague who collaborated with him on research had begun to feel unsafe around him.

I asked Holmes whether Cooper had been informed that his outbursts were causing concern. Well, Holmes responded, “everybody knows” that that kind of behavior is unprofessional. I advised calling Cooper in, nonetheless, and telling him that his conduct was unsettling to his colleagues and students.

He’d be doing both Cooper and the intimidated collaborator a favor by letting Cooper know — unequivocally — that he was expected to control his behavior and to conduct himself professionally in all interactions with colleagues, students, and staff. People who are acting out need to be told clearly that there will be consequences for uncivil behavior. Holmes acknowledged that this made sense.

But what could he say, and how should he say it? I’ve learned to recommend a three-step process: First, try to identify and describe a pattern in what you’re observing. In this case, the escalating explosive verbal conduct is the pattern, and it intimidates others. It sounds like a bullying situation.

Second, sketch out a general strategy. In this case, the strategy is to send the message to the offender that this sort of behavior is not welcome in this department or this university.

Finally, it is tremendously helpful to outline the points you wish to communicate and practice how you’ll say them. Be sure your words convey the message that you expect him to change his behavior — a warning that he is approaching, and has crossed at times, a boundary that must not be crossed. After the conversation, you should send a cordial and factual confirming letter restating the gist of what was said.

Some people’s eyes work better than their ears, and you want to be sure the bully gets your message. Let’s hope no further action will be necessary. But if the bully’s behavior does not revert to the upsetting-but-tolerable category, your next response will be to call the campus police, who will supply a bit of what my colleagues and I have come to call “blue therapy": a talk with a uniformed (and trained) peace officer.

I predict that, should the need arise, the interaction with the police will be both educational and therapeutic for a tantrum habit. But many situations involving academic bullies date back years, if not decades. Problems with long histories are not quickly resolved. In fact, it generally takes more than a year to bring about significant change in a pattern of conduct that stretches back over years. But significant, positive change can be achieved, given the right mindset, some patience, and persistence.

The key to changing a bully’s behavior is to change the environment. Most bullies have never been confronted with the consequences of their actions, or even been told that their conduct is not well regarded in their environment. Thus your task is to change the environment to begin attaching natural consequences to unpleasant behavior, and most of all, to remove any rewards it has yielded. This is the essence of the hard work to come.

It’s not hopeless — you can make a difference. True, taking action will not be without cost. But what will be the costs of inaction?

C.K. Gunsalus is special counsel and adjunct professor in law and medicine at the University of Illinois at Urbana-Champaign, where she formerly was associate provost. She has served as chair of the American Association for the Advancement of Science’s Committee on Scientific Freedom and Responsibility. This essay is adapted and reprinted [without] by permission of the publisher from her new book, The College Administrator’s Survival Guide (Harvard University Press).

From: insidehighered.com
Posted by Pierre-Joseph Proudhon at 9:23 PM

I appreciate your remarks on the damage that bullies do and have seen this firsthand. This piece seems to focus on faculty as bullies or as extremely unpleasant and even abusive people. Probably even more damaging, however, are the administrator bullies who enjoy two things, delivering punishment and the protection of a dysfunctional administration. So, you piece does identify one sector academic life who bully but does not identify the other group, administrators, who have the power and use it ruthlessly.