The Bullying Boss [In Academia] 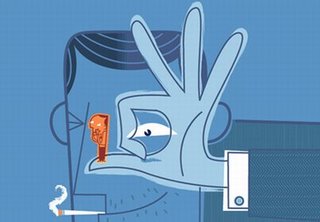 The Bullying Boss [In Academia]

Leadership has mistakenly been assumed to be a quality processed by all individuals who have positions of authority. Implied is the ability to “draw others into the active pursuit of the strategic goals” (Cunningham and Cordeiro, 2006, p. 155) of the organization. This ability energizes faculty to take the organization to greater heights of achievement. But, as Elash (2004) clearly pointed out, “the corporate scandals at the turn of the millennium clearly demonstrate that leaders can be self-serving and greedy ... Even if they are well intentioned, leaders can abuse their power. ... Some are just bullies who mistreat others simply because they are in a position to do so” (p.2).

The shifting environment in which the academy must respond as individual academics and as an organizational unit requires a complex set of skills. Utmost, the leader requires highly refined interpersonal skills. To help ensure that qualified candidates are placed into leadership roles, many school level organizations are putting into place administrative licensure requirements. They exist to ensure, at the minimum, knowledge and skills essential for competent practice. The key is “competent practice”.

Consequently, some administrative courses are normally required to establish a base of knowledge and skills associated with the demands of leadership. In doing so, administrators are held to a standard similar to their faculty. The hope is such safe guards will minimize the likelihood that a bully boss will be evident and certainly not tolerated. Unfortunately, academia is not known for putting in place similar safe guards. Their unions are hesitant, reluctant, and fear the backlash of the administration. As one union lawyer stated, prime concern is to maintain positive working relationships with the administration.

If this preparatory requirement is left uncheck, fertile ground for the bully boss to enter has been nurtured. With the entrance of the bully boss one has an unprepared administrator with a dangerous power and authority working platform. It is the platform that inspires the bully boss. All actions are justified in giving substance to the purpose and direction of the organization. Their claim is I am just tough and demanding and look how much more profitable the organization is.

The bottom line becomes the justification. But, the bottom line has a number of interpretations. In the world of academia, the bottom line is the advancement of knowledge through highly skilled professionals. This is where the insecurities and incompetence of the boss are open for public display. It is an arena the bully boss will do anything to hide from. So, to distract the focus one needs targets. And so, the green flag has been waived.

The Green Flag Permits - Examples of bullying that is allowed to flourish with little, if any, check are:

The faculty members’ rights are casually violated. When the member objects, the objection is viewed as unreasonable and interfering with the work of the Faculty. Lengthy meetings, involving union representation, finally sort the matter out as per collective agreement. But, in the process the member is presented as a trouble maker as opposed to the administration acting unreasonably. For example, collective agreement clearly states a faculty member’s teaching workload is not to be over all terms unless mutually agreed. Administration arbitrarily violates the agreement and refuses to discuss the situation with the faculty member.

[The] Member is forced to grieve administrative action as only available alternative. Result is numerous meetings with each agreement reached subsequently violated by the Administration. Each violation forces the member to file a grievance. As the grievances increase in number member is increasing viewed as a very difficult faculty member to deal with. The member is portrayed as unwilling to cooperate with the administration.

Extreme usage of the collective agreement

The full process of the section is active and the professional status of the member is placed in jeopardy without the member having prior knowledge of why. Investigation as per disciplinary section reveals there is no justification to the Administration’s action and matter is withdrawn. But, Administration maintains documentation on member’s file.

The bully boss cannot afford to be seen as anything other than a winner. Therefore, all targeted faculty members must be moved out and preferably with identifiable public lashes so that all others will toll the bully line. For example, the Administration makes very public the discipline of two professors. The process adopted unnecessarily involves others. The desire result for the bully boss is an assurance other faculty member would think twice prior to taking on the administration.

Disruption of collegiality among individuals

The green flag is clearly essential to the bully boss. As Ms Horm (cited in MacDonald, 2004) state, “Studies indicate that bullies are actually inept people who are not talented, maybe have a rage against themselves that they express outward toward people they see as being better than they are. It’s from a point of weakness that they express their violence toward others” (p.2). Thus, without the flag there is little room for the bully boss and it is she or him that must prepare to leave the organization as opposed to the victim of the bullying. This preventive step to bullying has been taken by at least two universities in the United Kingdom.

City University London deals with bullying within its harassment and dignity at work policy. Specifically, the policy defines bullying as “a serious form of harassment. It may involve actions, comments, physical contact or behaviour that is found to be objectionable. Personal vindictiveness against an individual(s) is also a factor. Bullying can be defined as persistent actions, criticisms or personal abuse either in public or private, which humiliates, intimidates, undermines or demeans the individual(s) involved. “Bullying is to be distinguished from vigorous academic debate or the actions of a manager making reasonable (but perhaps unpopular) requests of his/her staff including the need to manage performance effectively” (www.city.ac.uk/hr/policies/harass_policy.html).
The University of Cambridge also deals with bullying within its university harassment policy. Specifically, the policy defines bullying as follows: “Bullying is a form of psychological harassment; it is intimidation which serves to undermine the self-esteem, confidence, competence, effectiveness and integrity of the bully’s target. “Bullying behaviour may include continual, undeserved criticism, belittling remarks, imposition of unreasonable deadlines, unreasonable demands for perfection, arbitrary and inconsistent demands, shouting, swearing and offensive language, constant interruption in discussion, and the display of overbearing or intrusive behaviour. Bullying behaviour may also be manifested by electronic means of communication such as email.

“Bullying is behaviour which may take place between those of different status or those of the same status. Bullying when reinforced by power within a relationship is particularly reprehensible. [emphasis added] “Behaviour which makes the recipient feel threatened, humiliated or patronised and which undermines his or her self-confidence or self-esteem is unacceptable, whatever the context. “The defining features of bullying are that the behaviour is unacceptable to the recipient, is unwanted by the recipient, and would be regarded as bullying by reasonable people” (www.admin.cam.ac.uk/offices/personnel/policy).

The effects of bullying on the individual and the organization have clearly been recognized by these two universities. What is important to acknowledge is in each policy management is not presumed to be innocent of actions. In fact, the University of Cambridge makes the statement that “bullying when reinforced by power within a relationship is particularly reprehensible”.

The North American normal reality of failure to have policy on the issue of bullying protects the bully boss not the victim. This win is not a win for the organization. Academia relies on skilled professionals. A bully boss will serve to motivate the practice of these skills downward; even for the non-targeted victim. For, the non-targeted could easily become the target.

“Bullying is a sign of emotional immaturity in a leader” (Elash, 2004). At a time when academia needs to serve the knowledge economy in an innovative manner, the inaction, unwillingness to act, and fear to act against bullying from the boss within the organization is a sad commentary on the academy. The prevalence of bullying within academia is of concern. As noted by Czernis (2005), “respondents to The Times Higher survey had worked at their jobs an average of seven years and reported bullying as lasting typically from two to five years, suggesting academic staff who completed the survey spent a large proportion of their working lives being bullied” (p. A8). This is a tragedy. The human loss in potential and the organizational loss in possibilities are and should be intolerable.

As Bennis (1989) observes, “Leadership can be felt throughout an organization. It gives pace and energy to the work and empowers the work force. Empowerment is the collective effect of leadership. In organizations with effective leaders, empowerment is most evident in four themes: [people feel significant, learning and competence matter, people are part of a community, and work is exciting]” (pp. 22-23). The tolerance of administrative bullying is costly to every aspect of an organization. The cost for the academy and society is exponential. The reason is the pivotal role in the development and advancement of knowledge projected onto the academy. This role is hindered when its implementation is under the guidance of administrative bullying.

Czernis, Loretta. (2005, November). Facing off against workplace bullies. CAUT Bulletin, pp A3, A8.

University of Cambridge (2005). Dealing with Bullying and Harassment: Advice and Instructions for Staff. (www.admin.cam.ac.uk/offices/personnel/policy).

From: Academic Leadership - The Online Journal, http://www.academicleadership.org/articles/show/111/
Posted by Pierre-Joseph Proudhon at 10:41 AM

The University of Cambridge does have a written policy against bullying, but this policy is not implemented in practice. There is a widespread problem of bullying at Cambridge University that is hidden from public view. Any attempt to bring this issue into public awareness is met with stone-walling/silence.

It so appears that this bullying behaviour is also rampant in a Western Australian university: Academic staff feel bullied and there is little room for negotiation across the board. All the above writing applies to what is happening there... It is so unsafe that the name of this university cannot even be disclosed at this point in time... It is understood that this climate is strongly affected by the judiciary system: something that deserves address!