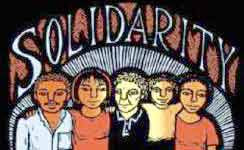 The bureaucratized university plays havoc with bright, creative minds. In July of 2006, Diana Winstanley, a 45-year-old professor in the School of Human Resource Management at Kingston University, hanged herself. As at many other universities, a significant number of faculty have been on leave in recent years for occupational stress.

American-born Howard Fredrics, a senior lecturer in music at Kingston until his formal dismissal in 2006, has published a well-documented multi-media website on the conflict that led to his ouster and his efforts since then for redress, and on similar conflicts involving other faculty at Kingston. The website is also useful for its critique of British employment law, in particular the easily abused "some other substantial reason" for an employee's dismissal. Of particular interest in Fredrics's own case is the ganging up of eleven colleagues and their filing a collective grievance against him, apparently with the administration's encouragement, following his own formal complaint of administrative ill-treatment.

The mire of legal twists and turns since then is deep, involving charges of witness intimidation, anti-Semitism, and much else.

Howard needs our support and our solidarity. He is facing difficulties that show bias against him by the legal system. His health is suffering, his career more than likely ruined, and the financial cost has been huge.

Vincent Cable should be encouraged to take the matter further.
-----------------------
Do nothing and watch from the sidelines as an academic career and life is ruined, or do something however small, for if we all do it then it may have some impact. Please act today.
Posted by Louise Michel at 10:32 PM

I would urge any MP who is approached by an academic who believes that they are being bullied to offer support to the academic.

So we need your support.

Having had to issue a formal complaint against several members of staff at the University of Ulster for bullying and harassment I had accusations of bullying levelled against me for highlight the clear inefficiences and inadequacies in the delivery of a final year module on my blog.

I have been instructed by the University that if I do not remove the comments then I will be suspended.

Does this constitute a breach of freedom of expression? I think so!!

Check out my blog:
http://jay-bsccomputerscience.blogspot.com/