Literature on effective interventions to prevent and manage bullying at work 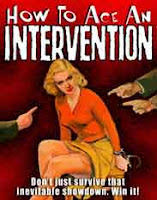 It appears that there are few, if any, ‘formal’ evaluations of bullying intervention programmes. For example, the recent HSE Research Report 024 reviewing supporting knowledge for stress management standards (Rick et al, 2002) found no studies examining evidence on interventions to reduce the bullying/harassment stressor.

Informal discussions with delegates at the recent Economic and Social Research (ESRC) seminar confirmed that there is a lack of evaluated interventions. There are many reasons why evaluations are seldom carried out. For one thing, it is often problematic to ensure an appropriate level of scientific rigour in the workplace. However, researchers are starting to acknowledge that some scientific rigour will have to be sacrificed if any evaluation is to be carried out in ‘the real world’.

The measures used to indicate the success of an intervention were discussed at the ESRC seminar, and delegates noted that ‘higher order’ measures such as social competency and selfefficacy may be useful to evaluate success. Delegates noted that the use of diary studies and examining the content validity of an intervention by use of expert panel could be useful methods of evaluation.

One of the strongest messages that came out of the ESRC seminar was that the organisational or team context is crucial when designing a bullying intervention. It was also considered vital to motivate people to engage in the intervention – measures must have a positive outcome for employees. [How much money they will save and how more productive the workforce will be] For many, the main aim of an intervention is to ‘do things to create a positive psychosocial work environment’.

Some authors (e.g., Rayner, Cooper and Hoel, 2001) have noted that interventions aimed at increasing employee control over their work have been difficult to implement in reality. There may also be problems with initiatives aimed at management level as they might serve to reinforce management control (a potential antecedent of bullying). [One way or another, management does control the process - with or without early intervention]

Initiatives aimed at the selection arena (i.e., selecting out bullies) are also problematic as selection tools can be unreliable and bullies can find ways around them. [They may even claim discrimination...]

There are few evaluations that have addressed the impact that an organisation’s bullying interventions/policies/actions have on the ‘targets’, bullies, or other workplace outcomes. This in an area that needs much more work. Some suggestions include auditing bullying policies, exploring what blocks senior managers from tackling bullying.

However, they got it right with the suggestion to include (external, we hope) auditing of bullying policies - and this should include the keeping of records.

What blocks senior managers from tackling the bullying? They are the problem! 'Leadership' and 'emotional intelligence' workshops for this lot have little - or negative - measurable impact on positive change.
Posted by Pierre-Joseph Proudhon at 11:06 PM

I know recollections often have a rosy tint, but the compulsory collection of ethnicity data seemed to me to have the most awesome effect on recruitment, interview and employment practices in the 1970's. I remember some absolute stinkers of bad publicity (Ford and Wall's Icecream) forcing industry to suddenly realise that they had to adopt and comply with fair policies.

Records on bullying statistics are not compulsory. There is no external and independent body to request them, to make bad employers accountable for the actions or inactions.

Wherever there is a reference to the issue of keeping data, it is referred to as 'good practice'. You find quotes in HEFCE documents, in union booklets etc, etc.

But one thing you will not find is exact, objective and honest figures on how many academics are bullied, over what period of time, etc, etc in a particular university.

It would be too easy to post them an FOI request. The reply is likely to be 'sorry, but we are not obligated to keep such figures'.

Now let us talk about early intervention and pigs fly... especially when the report identifies that a lot depends upon senior managers!

We need compulsion, we need monitoring, we need policing, and we need penalties.

The request for statistics is easy, and this response is probably typical:

The obligation of management to provide such data is probably the best early intervention there could be, because management would recognise inappropriate conduct before it became a statistic.

OK, we are getting somewhere. Let me try a draft statement:

We request that the first step of early intervention is the collection of data from academic and other related staff in individual universities.

The data collection has to happen either through an independent body and external to the university, or by collective and equal involvement of union rep, staff member and one person from HR.

Staff are allowed to participate anonymously if they wish to do so.

The results should be made public and also forwarded to HEFCE, UCU and the Health and Safety Executive (HSE).

Can you suggest some improvements to this?

The whole issue of intervention is so amazingly undeveloped - just today I saw a press release via CCN Matthews ("news distribution experts") saying "Amicus, with the support of the DTI, is running the world's biggest anti-bullying project - a new website for advice on how to deal with bullying in the workplace" co-sponsored by the DTI. Yet on searching for the new DignityAtWork website - omitted by the news experts - there is no mention of intervention! (http://www.ccnmatthews.com/news/releases/show.jsp?action=showRelease&actionFor=631523 and http://www.dignityatwork.org/default.htm)

Interventions I have seen mentioned by those affected by bullying include 1) (externally audited) statistical monitoring, 2) acceptance of a uniform definition of bullying, 3) exit interviews to determine why staff are leaving, 4) emotional intelligence screening, 5) support of the target in situ (i.e. any intervention must impact the bully, not the target), 6) state appointment of an external reviewer of bullying cases (or an approved mechanism for third-party review).