We are in your hands Sally Hunt... 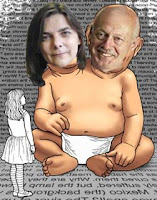 'So it was close run and Sally Hunt has been appointed with only 52% of votes after a recount when Peter Jones' votes were redistributed.

The three candidates were apparently not allowed to be present during the count... It is unclear why not? In whose interests would it be for them not to be present?

The 52% indicates that members are not convinced about Sally being the leader of the only union that academics can turn to when they are bullied.

However as leader she has an awesome responsibility and will maybe explain to those of us who are targets of bullying why, although she seemed to like stories, she did not want to engage with our story. We are in your hands Sally Hunt...'

The union was formed on 1 June 2006 following a merger between the Association of University Teachers (AUT) and the National Association of Teachers in Further and Higher Education (NATFHE).

Ms Hunt secured just over 52% of the vote after the second round of counting and was duly declared UCU general secretary by the returning officers this morning. She will take up the post on 1 June 2007. The other candidates were Peter Jones, UCU member and Roger Kline UCU head of equality and employment rights. The turnout was just under 14% (13.95%)...

So here are some more figures: AUT + NATFHE = UCU, i.e. a combined membership of well over 100.000 union members. From the scrutineers report we read the following:

Sally Hunt, after distribution of votes has a total of: 8463 votes, compared to second placed Roger Kline on 7117.

I am sorely disappointed that only 14 per cent of the combined membership to whom 116,512 ballot papers were sent managed to return them - six in every seven did not.