Warning: chronic bullying is hazardous to the academy's health 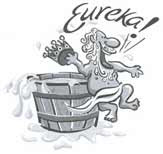 Stress and harassment cost the sector millions of pounds in lost work days and feed a culture of human misery, says Sally Hunt.

I first encountered bullying in higher education when I was a regional official. I was astounded to discover that the problem was worse than in the stereotypically tough world of banking, where I had worked before. University and College Union surveys suggest that the problem still blights our sector.

More than one third of respondents to a UCU survey last year found bullying by their managers to be at "very stressful" levels, and another 2007 survey, by Jeremy Waddington for UCU, listed bullying and/or harassment as the most common concern among the 4,000 UCU members polled. Professor Waddington said the UCU was the only union of all those he had surveyed over the years that cited bullying as the issue most likely to be brought to the attention of branch officials.

Bullying is not only stressful for the individual concerned, it is also costly to the employer and, in higher education, detrimental to staff and students. The Department of Health reported that, overall, an average of 3.6 per cent of a company or organisation's salary budget is paid to people absent from work due to stress-related illness; moreover, the Health and Safety Executive has said that bullying is a key element in stress-related workplace illness and costs employers millions of lost days every year. Worryingly, stress-related illness and absence levels in education are substantially above the national average.

The UCU has taken bold steps to get to the root of the problem. We will continue to support individuals who are subjected to bullying and harassment but, perhaps more importantly, we will be challenging the policy and funding contexts that license bullying behaviour.

The impact on the individual is often compounded in those institutions that refuse to recognise the problem. Colleagues who may be in a position to help are more likely to keep silent through fear of reprisal and are unwilling to offer statements criticising the university.

Often those colleagues are also suffering at the hands of bullies as well, but they feel unable to come forward. Unless there are people prepared to break the silence and to refuse to continue to suffer, whole departments and even institutions can continue to get away with a bullying culture and will never be forced to address the problem.

In the academy, grinding people down through a macho culture dressed up as natural selection is still prevalent. Staff who wish to enjoy some sort of work-life balance or a career break to bring up a family should not be dismissed as being weak.

The aggressive nature of the research assessment exercise served to highlight this very problem. Women who took career breaks to have children, for example, were less likely to be counted as research active. Although the 2001 RAE had warm words about staff who have taken maternity leave or other career breaks not being discriminated against, the raw data suggested otherwise.

The issues raised by the RAE affect all academics, not just women, because it was an inherently flawed way of allocating funding that created job insecurity and competition when what the sector needed was a culture of long-term stability and teamwork.

I think it is a source of great shame for UK higher education that only the hotel and catering sector employs a greater percentage of staff on temporary contracts. The widespread use of fixed-term contracts is the unacceptable underbelly of higher education.

Despite specific guidance agreed by the employers and trade unions to discourage the abuse of fixed-term contracts, universities seem to be ignoring it and persisting with short-term and short-sighted employment practices.

The best brains in Britain can find themselves trapped in positions of insecurity, with their only real alternative lying in jobs abroad or outside higher education. It is these employees who, understandably, will rarely have the courage to speak out, and it is often they who require the greatest support.

It is precisely this culture that needs to be addressed in our universities. I am not advocating, as I read recently, a "boo-hoo" culture ("Infantilised students and staff rapped", Times Higher Education, 12 June). I want to see an environment where talent is nurtured, rather than crushed, and where what you can do, rather than the extra hours you can put in, is truly valued.

The UCU considers bullies to be health-and-safety hazards, who should be risk assessed and then prevented from being dangers to their colleagues. There are some higher education institutions that treat bullying and harassment as a serious problem. However, there are still too many that do not. Whatever the reason, it is inexcusable for those institutions to carry on in that vein, and the UCU will not tolerate it.

And this from the general secretary who allows her own officials, both paid and voluntary, to bully those who would stand up for justice and fair play, and from a union that has just approved a change at a university that permits those suffering from work-related stress and depression to be stigmatised and differentiated upon their return to work, from others who are signed off sick for prolonged periods. Such hypocrisy is totally unacceptable, but regrettably the norm for this union.
---------------------
Please contribute your own comments on the UCU role on workplace bullying in higher education, by visiting The Times Higher Education and adding your comment at the bottom of the article.
Posted by Pierre-Joseph Proudhon at 12:00 PM

At last Sally Hunt has spoken about bullying. That is a huge breakthrough and to be welcomed.

Thank you SALLY HUNT.... how did this article come about?

The responses to the article will be very interesting.

The silence surrounding wpb in my university is shocking. The refusal of staff to speak out. The games that are played. The denial.

But at last... the silence has been broken.

The only effective response will be for all academics below professorial rank and not holding administrative posts at the HoD level or higher to form an anti-bullying organization, build up a large legal action fund, and by suing often and in proper courts (as we now can under the Education Act), or under the university statutes, make bullying so expensive that the universities and/or the government will have to act.

Information like this is really helpful... taken from the comments.

How does one sue under the Education Act or University statutes?

What is the best route to use to get maximum financial compensation?