Ersatz professors should be booed off the stage 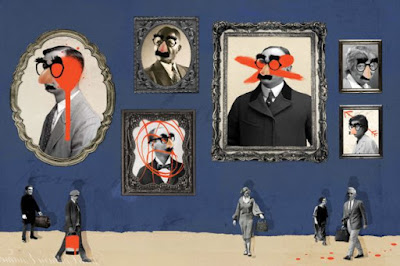 Senior managers with no scholarly record who claim academic titles are charlatans who harm the sector, argues David Wilson


My research into controversy about the welfare of performing animals in the late 19th century has introduced me to “professors” of the music hall, circus and fairground. These include Professor Woodward, trainer of equilibrist sea lions; Professor Lockhart with his “acting pachyderms”; the animal trainer Professor Chard, supporting Poole’s Myriorama picture show at Hengler’s Circus in Hull; and Professor Devereaux (the son of Professor Peterson, “for fifty years a dog trainer”) at Reynolds’ Exhibition of freaks, waxworks and live acts in Liverpool.

These picturesque characters assumed their spurious titles for commercial effect and perhaps also for reasons of vanity (circus proprietors such as “Lord” George Sanger and “Sir” Robert Fossett took similar liberties). But at least they were experts in their fields, and their audiences were not duped: they accepted such flamboyance as a legitimate device.

Contrast this with some of the UK’s present-day “manager-professors”. Their acquisition of the title has also resulted from vanity and is equally spurious, but in their case it is harmful and reprehensible, and the public is indeed deceived.

A professorial title should be an academic one. And since the definition of an academic must be restricted to someone who is or has been active in research and related teaching, professors should have a strong record in publishing exceptionally high-level, peer-reviewed research, in addition to any contingent management responsibilities or “external partnership” work. Yet a strong research record has not been a prerequisite for becoming a professor in the past 25 years in the UK.

Universities’ published criteria for professorial appointments have increasingly allowed promotion on management-role grounds, regardless of genuine academic credibility, and I wonder how many modern professors offered nothing to their institutions for consideration in the last research excellence framework.

The manager-professor who does not meet strict academic criteria is a dangerous impostor who threatens the reputation of our higher education institutions among the public. And it is not acceptable that when a new vice-chancellor or principal without a professorship is appointed – hey presto! – one appears from nowhere. The adoption by some UK universities of US-style professorial titles in place of traditional designations such as lecturer and reader only adds to the confusion, but at least many of those newly dubbed assistant or associate professors are proper academics (the phoneys grab only “full” professorships).

The problem has worsened in another way. There have been notorious instances of manager-professors blocking the route to a professorship for more worthy candidates. In one case I know of, a college principal (a “professor” with no record in research, and who had not taught for at least 16 years) refused until his retirement to countenance the idea of professorships or even readerships for his staff; now he enjoys an “emeritus” title. One would have thought that for such senior managers, power and remuneration – not to mention the titillating attractions of bureaucracy itself – would have been enough. But he was also apparently determined to maintain an impression of unique academic status.

In another recent case, for the first three years since its creation from “legacy” institutions, a new university (one already replete with manager-professors) denied any accomplished internal academic staff the opportunity to apply for readerships or professorships – while renewing its “Investor in People” status, whatever that actually means in higher education.

What happened to academic leadership? How can we have “academic” line managers – “professors” or otherwise, but often sporting inappropriate titles such as “dean” – who know little about the subjects for which they have overall responsibility, and who are inactive in research and teaching? These are the people against whom the recurring criticism of bureaucratic burdens should be directed, not professional administrative staff. How many millions of pounds have been wasted on managerial bureaucracy and the staffing of it by “academic leaders”? What has been the cost in the time available to devote to disciplines, research and students? How do real professors and real readers, who have earned their titles by hard graft and genuine, continuing academic achievement, feel about the quacks who have undermined their well-deserved status?

To those aware of these trends, encountering a professorial title today invites immediate suspicion rather than respect. The only recourse now is to ask of a UK professorship: “What was it for and where was it awarded?” “Quality assurance” as a management device has not applied to this area, and it is easy to see why. We have allowed the integrity and special meaning of British academic titles to be destroyed. Our audience has become increasingly misled and confused, and the charlatans deserve to be booed off the stage.

That reminds me of what happened at the garbage heap institution I used to teach at.

About 20 years ago, the place went through a restructuring. One level of management (associate deans) was abolished. Instead of divisions we had "schools" (gotta keep up with the latest trends, you know) and departments were often shuffled around into different areas, often lumped together with other departments with which they had little in common.

Deanships were handed out like cheap candy. Many of those were simply patronage appointments. If one stayed at the institution long enough and displayed sufficient loyalty, one was rewarded with this title. That's how I ended up with my last dean.

But I recall one deanship being bestowed on someone who simply ran a service department. I don't know if she ever taught any courses--she certainly didn't teach any formal classes others than how to run photocopiers and things like that. I suspect she was one of those like I mentioned earlier--after long service and ample toadying, she was appropriately rewarded.

A decade or so later, that restructuring was undone and the place apparently went back to running things almost the way they were before things were changed. The "schools" were kept, though.

By then it didn't matter to me. I quit my teaching position years earlier and had long stopped caring. The only way I found out was that a fellow tenant in my building just happened to teach there and we began chatting about the place.