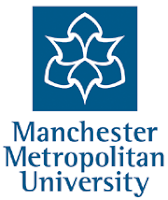 Dearest friends, something incredibly shocking has happened. Ian Parker has been suspended from Manchester Metropolitan University. It has happened suddenly and unexpectedly, and students and staff at the University have been given little to no explanation as to why.

Ian was suspended from work after having been unable to arrange, with barely 18 hours notice, for a union official to come with him to hear a charge that the university said amounted to ‘gross professional misconduct’. What this seems to mean is that Ian raised concerns within the University about the problem of secrecy and control in the department in which he works, and was suspended for doing so. Ian has had to leave his office and key, been told not to contact University staff and students, and his access to his email has been suspended.

For his students Ian has simply ‘disappeared’ overnight, and while he is keen to continue supervising and teaching, he is not allowed to. I could never fully express what effect Ian’s sudden, shocking and completely unjustified suspension might mean for students at MMU and for the wider international academic community. Ian’s suspension is happening against a wider backdrop in the UK where while universities are now charging students £9000 a year (and much more for international students), they are also cutting essential resources, often meaning staff have to work harder and complain less. This means that those staff who defend University as a space for open and democratic deliberation are often put under pressure to remain silent.

In fact another member of staff at MMU (and another member of the University and College Union- the UCU), Christine Vié, is also being victimised, and has been made compulsorily redundant (and there is an ongoing campaign to defend her). We are in shock, but only if we speak openly together will we be in a position to challenge and change what is happening to all of us. Openness and democratic debate are the hallmarks of good education. Yet secrecy and silencing are key issues here. Ian has been silenced but his work continues to speak.

Yesterday I looked at the principle aims of ‘Psychology, Politics, Resistance’, which Ian helped to set up in 1994 as a network of people who were prepared to oppose the abusive uses and oppressive consequences of psychology, to support individuals to challenge exploitation, to develop a collective active opposition to oppression, and to make this a key element in the education of all psychologists.

So, let’s act together, and follow Ian’s example, and speak out – tell as many people as we can, and come together collectively as an international critical community to call upon the management of MMU to come to a resolution of this problem and to reinstate Ian. Messages of protest can be sent to the Vice-Chancellor John Brooks (j.brooks) and the Head of the Department of Psychology Christine Horrocks (c.horrocks). These messages can be copied as messages of solidarity to the MMU UCU chair Pura Ariza (p.ariza) and it is imperative that, at the same time, support should be stepped up to support Christine Vié (c.vie).

The postgraduate students at MMU are sending a letter to the Vice Chancellor, and there will be flyers and posters put up on campus, and call outs in lectures all next week. Please do send letters and emails, and tell as many people as you can. We will keep you posted about further action, and do let us know if you have any ideas for how we can fight this together (because we can fight this together). Please feel free to email me china.t.mills.

In solidarity, China Mills (alongside many of the students at MMU)

Messages of protest can be sent to the Vice-Chancellor John Brooks (j.brooks@mmu.ac.uk) and the Head of the Department of Psychology Christine Horrocks (c.horrocks@mmu.ac.uk). These messages can be copied as messages of solidarity to the MMU UCU chair Pura Ariza (p.ariza@mmu.ac.uk) and it is imperative that, at the same time, support should be stepped up to support Christine Vié (c.vie@mmu.ac.uk).

Times Higher Education covered the above story online, but does not allow for comments...

And then they did allow for comments... Why the change of mind?
Posted by Pierre-Joseph Proudhon at 4:17 AM

Truly shameful! Professor Ian Parker is held in high regard and is an active union representative seeking to support his colleagues. I work at MMU and I have watched the university being destroyed by out-of-control managers and a HR dept that belongs to the Stalinist era.
Also ask the Vice Chancellor John Brooks what happened to Dr Claudius D'Silva - another one of the disappeared whose career has been destroyed. His race discrimination case is also on this site.
Ask the Chancellor Dianne Thompson CEO of Camelot Group of Companies, responsible for operating the UK National Lottery, how proud she feels to represent such an institution. Speak up Dianne - the academic robes come with responsibilities.

As Chair of MMU UCU I am utterly astounded by this decision - we are doing everything we can to fight this latest development. Meanwhile spread the word and drench the MMU authorities with messages of protest. MMU has perhaps made the biggest mistake in its history by doing this.

An international petition is growing by the minute:
http://www.change.org/en-GB/petitions/ian-parker-should-get-back-to-his-work#share

You will find an update at: http://www.asylumonline.net/ian-parkers-suspension-from-manchester-metropolitan-university/

We are still hoping MMU management will see good sense and reinstate Ian. An apology to him would also be in order.

Let's hope the governors will at last investigate this cruel and out-of-control management. It's time to clean up Manchester Metropolitan University.

As an employment lawyer it would seem to me (although I know little if anything about his case) Mr Parker might have a potential cause of action under s.43B Employment Rights Act 1996 (colloquially known as Whistleblowing legislation). I hope that MMU come to their senses.