How to get rid of good professors 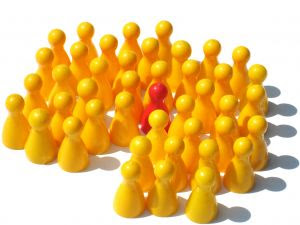 The following description is a condensation of informal discussions with other professors over the years, and is not in any way a report of the findings of systematic research. Nevertheless, it is a formalized description of a method that some ( and likely many) have experienced. It is presented as information that may provide support to those professors who have been attacked by their peers. By understanding both the nature of the methods used by their attackers, and the biological consequences they themselves are experiencing, faculty members, especially new faculty, can make better decisions as to how to respond to such attacks. What follows is a description of the basic method of attack, written from the perspective of the attackers. This manner of presentation is selected because it more effectively serves as an early warning device for those being attacked or who are candidates for such attacks.

Why do some want to drive away good professors?

It may seem a mistake to target these professors, because they are the ones who are the most effective at producing student learning. But if the faculty members in a given department are not motivated to teach well, and are not interested in the mastery of academic subject matter, they will find that good professors disrupt the harmony of the faculty by raising performance expectations. Moreover, students will come to expect more of all their teachers. If merit pay is involved, they know who should receive it. However, with the right counter-measures, it is possible to keep good teachers from receiving merit pay, or any other recognitions or benefits.

There is the old aphorism that when all is said and done, everyone, in schools at every level, knows the names of the good and poor teachers. This social fact is further highlighted when a teacher is given some award or is publically honored. Some conclude that such institutional facts require that good teachers be removed from the faculty. To accomplish this, it is necessary to form a power group—or to activate it, if one already exists.

Who are the candidates for membership in the power group?

1. Some have spent time and money studying to become professors, but when they begin to teach, they find that they do not like teaching. They do, however, like the money and the small amount of time and effort that seems to be required of them. Besides that, there are summer vacations and sabbaticals. Some are intellectually and physically lazy, but they desire a job that gives them social status.

2. Some faculty members actually try to teach well, but discover that the students do not like them, give them poor evaluations, and avoid them as much as possible. Of course, the students’ poor attitudes are to blame for these low evaluations. Such faculty members are excellent candidates because they have an intrinsic dislike of the good teachers; moreover, they require the protection of the power group for their own survival.

3. The point of being a professor is to teach well and publish, but some seek other means of holding on to their positions. Look for the professors who have no books in their office. They are not drawn to academic journals and books, because their interests lie elsewhere. In addition, reading takes away from their leisure time, or from their time schmoozing with others as a survival technique.

4. Some people are in teaching positions for which they are poorly prepared. These are excellent candidates. For example, in some schools of education, there are faculty members who had never taught before they began to teach teachers how to teach. Imagine how experienced teachers relate to them in graduate courses.

5. Any teachers who are reluctant to join the power group are told they are uncooperative and not team players; this is to be pointed out as often as possible. When they see that they may be targeted, they will seek protection.

6. It is probable that the relevant chairperson or dean will not interfere with the activities of the power group. Management researchers report that in many cases managers feel vulnerable and anxious that some initially small event could turn into a disaster that damages or ends their careers. Administrators who see their positions as solely a matter of local politics, as opposed to those who strongly identify with an academic field, will be reluctant to intervene with the activities of the power group.

What is the best method of driving away good teachers?

Step One: Target Selection
Identify professors who are enthusiastic about teaching, have received teaching awards or other kinds of public recognition, those who publish in major academic journals or present papers at respected academic meetings, are widely recognized as good teachers by other faculty and administrators, or are popular with students. Note that those professors who identify with an academic field are not easily influenced by the power group, because they judge themselves in comparisons with national and international peers. It is possible to use this identification against them.

Step Two: Dirt Alert
Be warm and accepting toward targeted colleagues. When they seem to be comfortable with the attackers (or better still, trust them), become more invasive. In discussions, press them as to how they feel about anything, but especially matters relating to teaching and school politics. Show up uninvited at their homes or apartments as this will often provide information about them that they would not mention in a university context. Be especially aware of possible boilerplate criticisms--sexism, racism, elitism, and incorrect ideology.

Step Four: Bullying
In public contexts, directly and vehemently challenge anything the target has said or done. It is important that others see that it is not a good idea to come to the target’s defense, as that would serve to make them a target themselves. If everything the target says is challenged, the target will eventually become non-responsive and withdraw from discussions. Especially important is the fact that they do not defend themselves.

Step Five: Blame the Victim
In occasions when bullying is not possible because there is no one else around, take on an “I’m being helpful” demeanor, and inform the target that it is their fault that the other faculty members are shunning them—even if they are not. The goal is to have the target believe that everything would be going smoothly if they would just not be such a know-it-all, or have such a superior attitude.

Step Six: Watch for Renegotiation
When humans and other animals realize they are in danger, they have three options: fight back against their attackers, take flight and escape their attackers, or freeze and endure the attack. For those animals that freeze, nature protects them from pain by putting them into a catatonic state so that in the event that they are seriously injured or killed, they do not feel the pain. This is sometimes referred to as nature’s anesthesia. Because they possess reflective intelligence, humans suffer a different consequence of serious attacks.

The energy required to fight or take flight is generated by the adrenalin produced by the realization of the attack. If the only option is to freeze, the energy generated must be absorbed by the body itself. In place of the catatonic state, humans have panic attacks. The mind is sending a message, to the effect, “wake up and do something—you are in danger!” But, being frozen, there is nothing that can be done beyond endurance.

Some researchers report that people who experience panic attacks feel that their own body “has let them down” at the very time when they need to be strong and stable. This serves to make the targeted teacher feel even less confident. When experiencing severe panic attacks, some may try to fight back in various feeble ways; this can be used to make them seem more uncooperative, and will further isolate them.

Researchers, such as Peter A. Levine, point out that people who are attacked try to renegotiate their relationships with their attackers. Since they believe that either they have been misunderstood, or that it is their fault that they are being attacked, they hope they can take action to improve their relationships with their colleagues. This effort can be used against them, because in this endeavor, they will invariably make themselves vulnerable by admitting that they regret something, or have done something or the other wrong. These feelings and admissions can be exploited in future attacks, thereby increasing their anxiety to the point that they will resign.

Russian proverb: The tallest blade is first cut by the scythe.
Chinese proverb: The nail that sticks up gets hammered down.
American proverb: Good teaching never goes unpunished.

Postscript
Peter A, Levine’s Waking the Tiger: Healing Trauma (North Atlantic Books, 1997), may be helpful to those who have experienced such attacks.

The concept of academic freedom suggests that professors have the right to freedom of inquiry, which is a negative right in that others have the obligation not to interfere with that right or freedom. For a recent discussion of rights, see John Searle’s, Making the Social World: The Structure of Human Civilization (Oxford University Press, 2010). Following Searle’s analysis of social institutions, we have to ask: Who has the obligation to protect this right?

Note that the existence of power groups indicates the presence of ineffective or incompetent academic administration.

I recently came across your blog and have been reading along. I thought I would leave my first comment. I don't know what to say except that I have enjoyed reading. Nice blog. I will keep visiting this blog very often.

similar events fall upon the (rare) ethical student who stubbornly refuses to just muddle through|with the bs as the other students muddle.