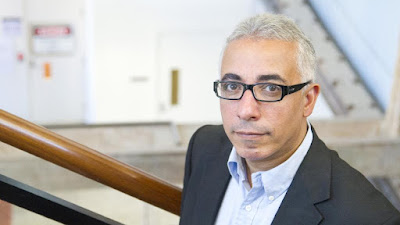 Staff at School of Built Environment, University of Salford are increasingly concerned by bullying and controlling behaviour of Dean SOBE, Hisham Elkadi. Staff morale is very low since he joined the school in August 2014, after being fired from Deakin University on bullying accusations (see stories in National press below)(. There is dire need of a third party audit of staff grievances and introduction of remedial measures to ensure staff well-being. Concerns about Dean Prof Hisham Elkadi’s attitude are wide ranging including:


SOBE staff perceive prevailing school culture to be demoralising and demotivating, with record numbers having left the school or considering leaving. Need for independent review to assess scale of dissatisfaction is particularly required given Professor Hisham has faced serious allegations of bullying, at his previous workplace, as reported widely in the international media. At Deakin University, he faced bullying allegations and subsequently brought Federal Court Action against his previous employer.

It would seem that the Prof. has a certain history:
http://geelongindy.com.au/indy/2015-05-29/deakin-turmoil-deepens-with-new-bully-claims/
Posted by Pierre-Joseph Proudhon at 12:58 PM

I looked into this case via my Ozzie friends and colleagues. As regular readers of this blog will know, human resource bosses and academic managers in Ozzie institutions have a reputation for robust exchanges with their staff. A few preliminary inquiries about the good dean suggested that Deakin's happiness at his departure might well soon become Salford's misfortune. I am all in favor of giving everyone "fair dinkum" and a reasonable hearing, as the Ozzies say but indeed this man appears to have a lot of "bullying form". keep accurate diaries and keep tabs on him, so that if he does continue, staff unions have the strongest possible case.

As a former Deakin casual staffer I can tell you that this guy was not the only bully while he was at Deakin. It starts in the Vice Chancellor's office and it is still rife today. The irony is that this prof was actually bullied before he left Deakin.
I have zero sympathy for him, but the bullying culture at Deakin runs very deep and is the dominant way that both the HR department and most heads of school treat staff.
It is a learned behaviour and one that is favoured from the top.
Bullies and workplace sociopaths are rewarded for their loyalty and bought off with promotions once they are proven to be loyal to the system.
Legal OHS requirements are ignored and the mental health of staff treated with contempt.
Google a few names and you'll see exactly what I mean.
Start with the VC Jane den Hollander, add in Koori Education Centre, then try Ethical Martini.
If that's not a pattern, then my name's Rumpelstiltskin.
I'm just very glad that I got my PhD and got out of there, casuals get the worst treatment,
We do nearly all the teaching and and marking, full-time staff who are among the favoured do no teaching or administration and get all the internal research money.
Staff who are being bullied into leaving get zero support and are constantly told by their HoS that their research is crap.
I have heard so many horror stories from my supervisors and other staff, that I wouldn't work at Deakin ever again.
From what I've read about neoliberalism in Australian Universities, Deakin is among the worst, but the culture of bullying and harassment of dissident staff is very common, Google Roz Ward.

I knew this con artist from Ulster where he left under a cloud. He then moved to Deakin and I heard he used the same tactics there, and is credited for doing their ERA research taking down from a 3 to a 2 (http://www.arc.gov.au/era-outcomes-2015#Institution/DKN), i.e. Below world standard. Im sure he used selective metrics to gain power at Salford and repeat the process. A simple Google search finds that Deakin conducted a School review which mentions issues with leadership . The Weber vs Deakin, Elkadi and others case (https://jade.io/j/?a=outline&id=352450) would indicate the same sort of behavior as at Ulster.
I can only feel for those poor lads at Deakin and Salford and wish universities would get rid of narcissistic sociopaths like Elkadi.
Looks like he did a job on the vice chancellor at Deakin before he left too http://www.theaustralian.com.au/higher-education/deakin-university-hit-by-disputes/news-story/cf7289bc05d2f26d8eae439ae8ab0aa1

Tactic often used by bullies is that once confronted on their bullying behavior, they reverse the argument citing racism or similar concerns. See this story about Hisham Elkadi, which appeared in May 2015, in The Australian:

"There are concerns about an unhealthy workplace culture at Deakin University with revelations a former senior academic, Hisham Elkadi, who is suing the university alleging racism, may have himself been responsible for bullying faculty members.
A complaint against Hisham Elkadi, the former chair of Deakin’s academic board and head of the school of architecture, alleges he bullied a member of staff, who suffered from acute depression, over workload. A dispute about the hours of teaching broke down into a series of arguments involving missed meetings and the alleged release of confidential information to the entire faculty.
The Elkadi case was settled confidentially in July 2015, but aspects were written up in The Australian
Deakin University has reached a confidential settlement with its former academic board chair, who had alleged he was discriminated against because of his accent and skin colour while seeking promotion to a senior academic post."

Head of School Bullying methodology 101:
1. Use metrics from current position to get new job as head of school
2. Get job
3. Move in, control finances as first step.
4. Audit staff attitudes to compliance
5. Select compliant staff. Give them proxy power positions to do the dirty work. Use them to buffer you if things fail.
6. Marginalise all non-compliant staff. Fake sympathy when they leave, get sick or fly under the radar
7. Set up workload model as means of control- use this to marginalise staff and give others an easy ride
8. Cut teaching funding and use savings as proof of your worth
9. Hire lots of new staff and immediately give them power positions over non-compliant 'loser' staff.
10. Cut funding for conferences, but make sure to travel the world extensively yourself
11. Blame others when school national research rankings dive.
12. Measure everything in a way that makes you look good. This will be needed to get next job.
13. Enjoy watching staff suffer. This is what they call 'fringe benefits'
14. Isolate the school from the university.
15. Join the union when University management wises up and takes action
16. Apply for promotion. Cry discrimination when rejected
17. Seek work elsewhere. Use selective metrics as evidence to get job. Leave out bad bits. Make sure to get free travel for interviews.
18. Get job. Travel the world before you leave.
19. Sue Vice Chancellor for discrimination.
20. Repeat.

As some one with an inherent knowledge of Elkadi, having had him as a head of school I can confirm his management practices can be described as nothing less that Machiavellian. Elkadi is a psychopathic narcissist who has only his own interest at stake. Typically narcissists cover up a deep underlying guilt of shame and humiliation stemming from an early life. Elkadi's father was I believe the VC at an Egyptian University and has and is still living in the shadow of his father. This is part of the shame and humiliation he has, as he has not met the expectation of achieving such status. Narcissists typically attempt to stamp their authority on unsuspecting employees by venting there frustrations of having been bullied at school in a prior life and thus ventilate revenge as a form of pay back. His strategy is a five year plan at any University. The first two years is about divide and conquer, and implementing plans that only serve to satisfy his own personal KPI's. At about the third year mark he has taken complete control away from those that threaten him and micro managers all and sundry before him. Sound familiar so far at Selford, even though he has been there only two years?. By the forth year cracks in his management begin to open up. . . Personal KPI's not being met and being held accountable by senior management. At this juncture Elkadi becomes more aggressive and defensive. By about the fifth year his past catches up and he eventually leaves to find a new University to prey on and cause collateral damage to. This is the same pattern of behaviors exhibited at Ulster and Deakin Universities. I feel sorry for all those dedicated and hardworking staff at Selford. Poor bastards. YOU cant beat a narcissist, generally the only thing you can do is "suck it up" or leave.

I know two close friends, who suffered serious mental health issues leading to Stroke - all because of academic bullying. There is an emerging culture of Corporate Bullying, where such bullies are head hunted and encouraged by Uni Executives to enforce their agenda to bring unruly departments "in order", in the process, destroying quite a few personal and professional lives.